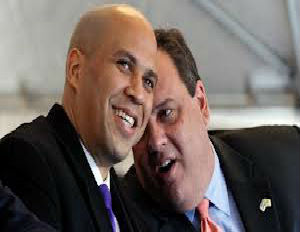 Anyone who follows Newark, New Jersey mayor Cory Booker on Twitter knows the man has got a big heart.

His good heart has been on full display in recent days when he invited some of his Twitter followers in Newark, a few of the thousands of New Jersey residents who have gone without power in the wake of Hurricane Sandy, over to his home to charge devices – he even fed them.

@CoryBooker I live around the corner from u on homestead. Why don’t we have our power back. Half of my block does

There is someone at my house now (Eric). I’ve got space u can relax in, charge devices & even a working DVD player. Come by@my_serenelove

Later he invited about 12 others over and ordered fried fish, collard greens, candied yams, potato salad and mac and cheese for them to eat.

According to the Huffington Post, aroundÂ 775,000 New Jersey residents were still without powerÂ down from a high of 1.7 million.