Newark To Turn Shipping Containers Into Housing For The Homeless 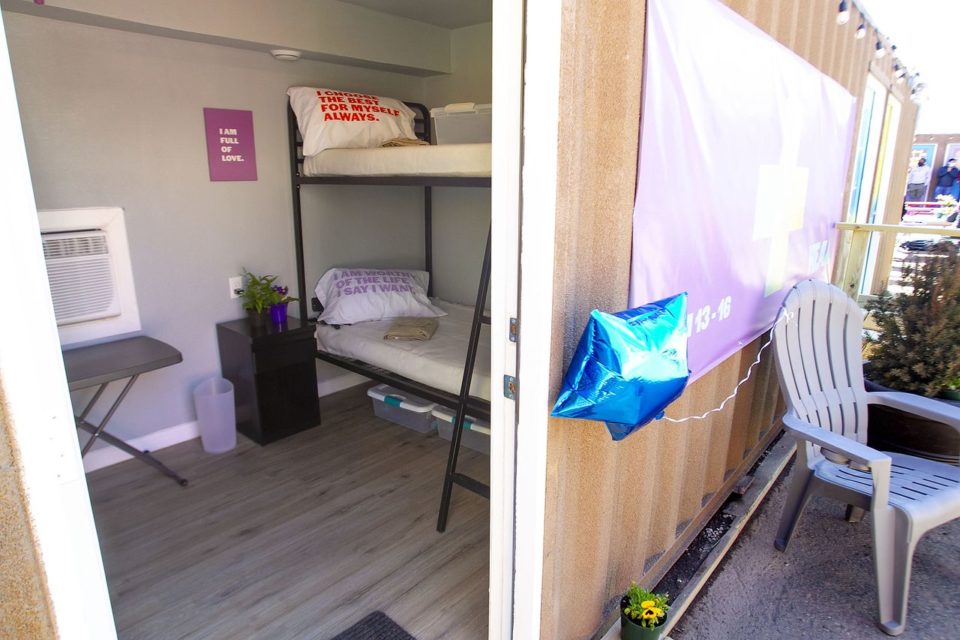 An image of what the apartments will look like. Image: Twitter/@njdotcom

Officials in New Jersey announced the launch of a new sheltering program that converts shipping containers into housing for homeless and at-risk residents.

Besides homeless and at-risk residents, The New Hope Village will also cater to those who have been displaced from their homes. The village will also provide “Code Blue” shelter during extremely cold temperatures.

Newark Mayor Ras Baraka unveiled the location and the program Monday along with Newark Homeless Czar Sakinah Hoyte, and Homes 4 the Homeless COO and Vice President Mike Loganbill. The initial facility will include seven containers to house 24 individuals and couples.

Funding for the program will be provided by the CARES Act, the City of Newark and the New Jersey Code Blue Grant. The first group of individuals will be housed for 90 days. During that time they’ll be encouraged to move into permanent housing using rent vouchers.

The containers have been converted to dorm-style rooms. The community will also include private shower rooms and a multipurpose structure will be built as well. Each room will come with basic furniture including bunk beds, a heater and a small dresser.

Mayor Baraka believes the program will reestablish homeless and displaced residents who have been chewed up and spit out of a housing system that was initially designed to help them.
“Many of our residents without addresses have been traumatized by the system that was created to serve them,” Baraka told ABC 7. “Housing is the key, but we must first re-establish trust with those who have been scarred. Newark Hope Village will provide a welcoming atmosphere, where our most vulnerable have an opportunity to re-engage in services in a safe and therapeutic shelter. I will continue to work on pioneering strategies to end homelessness in our city in partnership with public, private, and non-profit partners.”
Using shipping containers for housing has been used previously in Los Angeles and in the U.K., but critics say the idea isn’t sustainable for families.
The shipping container model “just seems like a way to further marginalize people while providing very questionable quality shelter,” Giselle Routhier, policy director at the Coalition for the Homeless in New York City told the Gothamist.