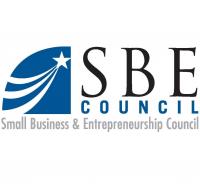 Entrepreneurs planning to start a business may want to consider making their mark in South Dakota, the most tax friendly state in the nation, according to a study released by the Small Business and Entrepreneurship Council (SBE Council) Tuesday.

The survey, “Business Tax Index 2009: Best to Worst Tax Systems for Entrepreneurship and Small Business,â€ looks at 16 different tax measures which are combined into one tax score used to compare all 50 states and the District of Columbia. Among the taxes included are income, property, death, inheritance, unemployment, and various consumption-based taxes, including state gas and diesel levies.

And when it comes to doing business, taxes matter, says Raymond J. Keating, chief economist for SBE Council and author of the annual report. “Taxes have been piling up on small business owners, and the cumulative burden is particularly painful in a down economy.â€

South Dakota, Nevada, Wyoming, Washington, andÂ  Texas were ranked as the states with the best tax systemsm, whileÂ  California, Maine, Minnesota,Â  New Jersey, and theÂ  District of Columbia were in the bottom five.

National Association for Multi-Ethnicity in Communications (NAMIC) will present more than 50 of the entertainment industry’s top business leaders at the 2009 NAMIC Creative Summit/Vision Awards April 17.

The event will be hosted by Access Hollywood’s Shaun Robinson at the Beverly Hilton in Beverly Hills, California.

Among the highlights of the event will be the presentation of the 15th Anniversary NAMIC Vision Awards. The awards will honor creators, networks, and industry leaders for their commitment to producing multi-ethnic and culturally-relevant original television programming that reflects the diversity of the nation.

“Now more than ever, it is critical that entertainment and communications professionals, like those in other business sectors, understand their new challenges while remaining focused on their respective viability. That is why we will present a fresh and unique session format,” said Debra Langford, president, NAMIC-Southern California and vice president, Inclusion & Business Diversity, NBC Universal. 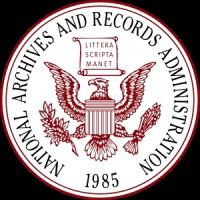 The National Archives will present a screening and panel discussion on the upcoming PBS documentary Legacy: Black & White in America on April 22 at 7:30 p.m.

The 90-minute documentary, which will air later this spring on PBS, examines the political rise of President Barack Obama amid changing racial attitudes in America. The film presents two stories — one of African American life today and one of the Civil Rights generation — to highlight the successes and failures of racial integration in America and what it reveals about our democracy and national character.

At the event, Richard Karz, the film’s producer, will introduce a 75-minute excerpt of the film, followed by a panel discussion moderated by Ronald Walters, director of the African American Leadership Center at the University of Maryland. The panel will include the Rev. Joseph E. Lowery, who delivered the stirring benediction at Obama’s inauguration, and Beverly Daniel Tatum, Ph.D., president of Spelman College in Atlanta.

Free and open to the public, this event will take place in the William G. McGowan Theater at the National Archives Building in Washington, DC.