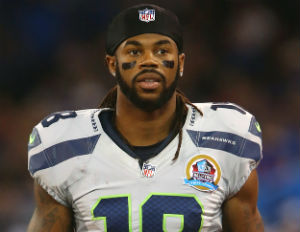 The National Football League (NFL) has seen unseasonable volatility this month with players opting to leave the game of professional football versus risking their health.

[Related: Serena and Tiger: The Rise and Fall]

The latest to join the list of unexpected retirees is San Francisco 49ers linebacker Chris Borland who only played one season. The 24 year-old said he feared catastrophic head injuries, although he has never been injured in the NFL. Prior to his announcement, three players age 30 or younger quit the NFL citing health risks. These were former Titans quarterback Jake Locker, former Steelers linebacker Jason Worilds, and former 49ers linebacker Patrick Willis. See The NFL’s EffYoCheck Movement Begins.

Watch Sidney Rice on what scares him the most about concussions below.