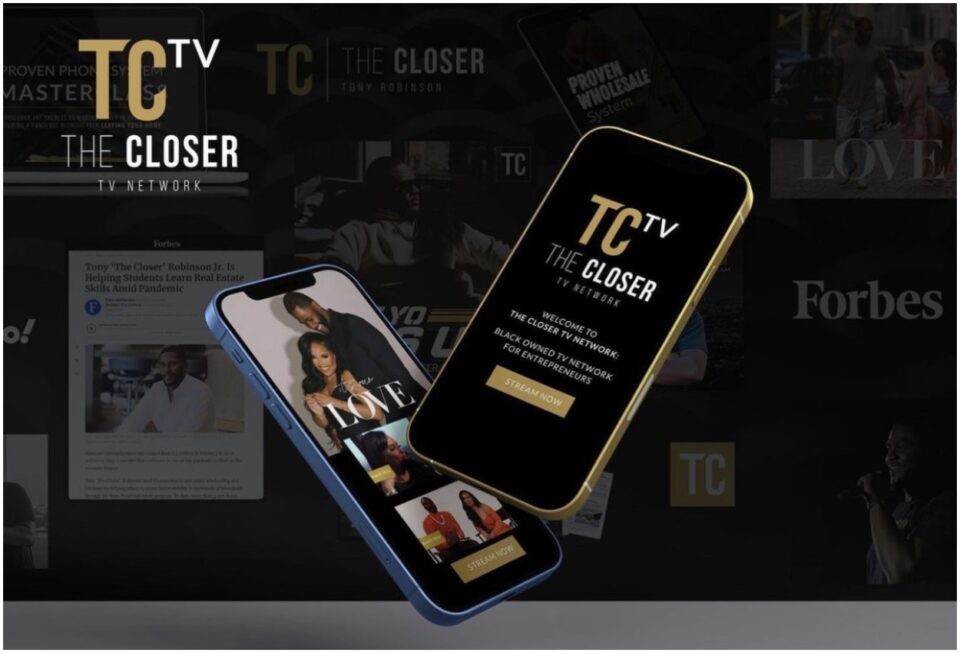 The Closer TV Network is committed to promoting black curators and talent content. The network is bringing educational, wealth, and lifestyle programming to the masses while educating production teams on making investments that curate collateral for their projects, according to a release provided to BLACK ENTERPRISE.

The Closer Network is founded on the principle that creators are compensated and can control their work.

After going through the struggles of Hollywood prejudices, Tony quickly realized the space and avenue for Black-owned networks.

According to the New York Times, of the Trillion-Dollar film industry, only about 7% is owned by black America. Hollywood loses roughly $10 Billion a year due to the lack of diversity in Hollywood. Tony hopes to capitalize on those losses.

As part of the new network launch, Tony “The Closer” and his significant other, CEO, author, creative director and fashion mogul Nichole Lynel, will also be relaunching their famous “Tony and Nichole It’s Our Love” on the podcast this spring. The podcast will consist of conversations about various topics such as investments, generational wealth, family, relationships and more.

In celebration of the launch of The Closer TV Network, Tony is giving one lucky person $5000 by simply subscribing to the network. At just $20 a month for a subscription, viewers will have access to all of Tony’s educational courses as well as other exclusive content, including live streams, real estate training and more.