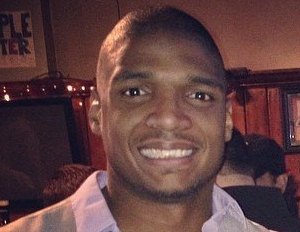 According to The Huffington Post, recent NFL draft pick, Michael Sam is starring in a Visa commercial. This is his first endorsement deal, signed even before he was drafted as a pro football player.

The first openly gay drafted NFL player is seen lifting weights in the spot and is asking people to judge him based on his performance on the field, not off of it.

“We felt that Michael’s story was a perfect fit for our ‘everywhere’ campaign, which is meant to inspire people to reach their own personal goals and aspirations,” Visa’s Chief Marketing Officer Kevin Burke said in a statement. “We wish Michael the best on and off the field as he embarks on the next chapter of his life.”