NFL: Protesting Players 'On the Right Side of History,' Union says 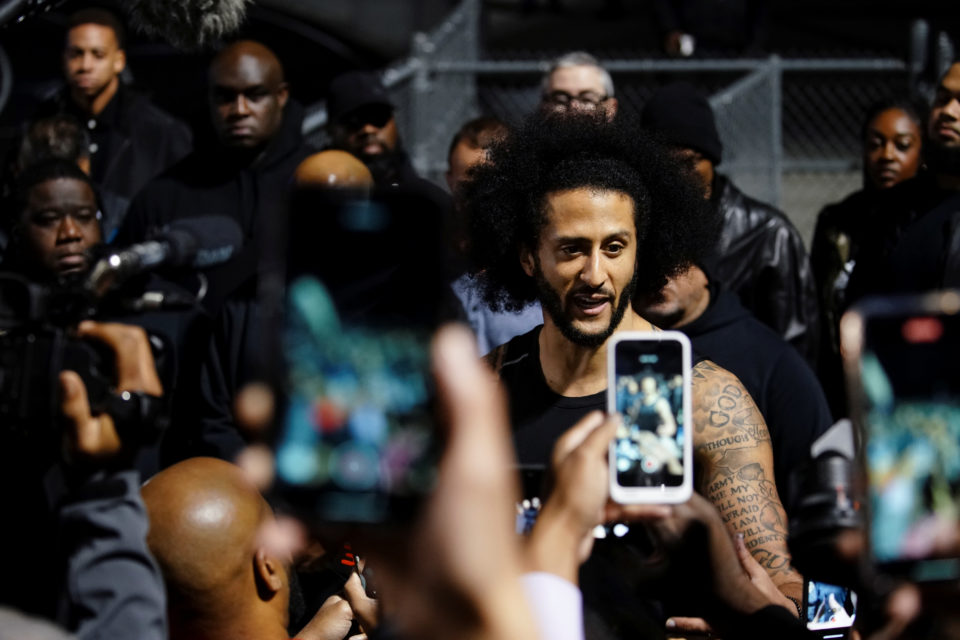 History has time and again vindicated players who take a stand for social justice, leaders of the NFL Players Association (NFLPA) said ahead of Sunday’s Super Bowl in Tampa, despite being suffering criticism and even abuse from fans.

Colin Kaepernick created a fire storm of controversy in 2016 when he knelt during the pre-game playing of the National Anthem to protest police brutality and racial injustice.

The move prompted vitriol from then-presidential candidate Donald Trump, who suggested the former San Francisco 49ers quarterback “find a country that works better for him.”

Kaepernick has been unable to find a job in the NFL since the end of that season.

“I’m proud of the fact that our players have been on the right side of history,” NFLPA executive director DeMaurice Smith told reporters on Friday.

“Dave Meggyesy, a union leader, was probably the first player to protest during the National Anthem when he was protesting against the Vietnam War,” he said of the linebacker, who played for the then-St Louis Cardinals and retired in 1969.

Smith said the tradition carried on when players on the former St Louis Rams took the field making the “Hands up, don’t shoot” gesture after the death of Michael Brown, an unarmed Black teenager shot by a police officer in Ferguson, Missouri in 2014.

“Colin (Kaepernick) and a number of players took their voices to the sidelines… I’m proud of the fact that our players had the courage to do the right thing at a time when they didn’t know how they were going to be treated,” he said.

The death of George Floyd, a Black man who died in police custody in Minneapolis in May, led to widespread protests among athletes across the sports landscape and a push to register voters ahead of November’s presidential election and Georgia’s Senate runoffs in January.

“I think that was a big statement. I don’t know if ownership was behind him in that statement, from what I understand they were surprised that he said that.

But all sides believe more work needs to be done.

On Thursday, Goodell said he was not satisfied with this year’s head coaching hiring cycle, where just one of the league’s vacant positions went to a diverse candidate.