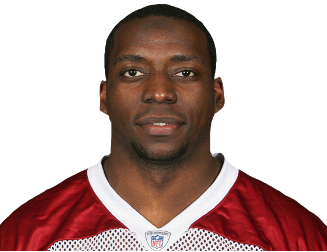 Saying that he no longer wishes to put his body at risk for the sake of entertainment, NFL running back Rashard Mendenhall, 26, announced that he is retiring from football after six seasons. He was the Pittsburgh Steelers first-round pick in 2008 and finished his career with 4,236 total yards and 37 touchdowns and an average of 3.9 yards per carry.

“I feel like I’ve done it all. I’ve been to two Super Bowls; made a bunch of money; had a lot of success; traveled all over the country and overseas; met some really cool people; made lasting relationships; had the opportunity to give back to causes close to my heart; and have been able to share my experiences and wisdom with friends, family and people all over the world.”

Mendenhall said the business of football influenced his decision and that it promoted a culture he could no longer be a part of.

“What was more difficult for me to grasp was the way that the business of entertainment had really shifted the game and the sport of football in the NFL. The culture of football now is very different from the one I grew up with. When I came up, teammates fought together for wins and got respect for the fight. The player who gave the ball to the referee after a touchdown was commended; the one who played through injury was tough; the role of the blocking tight end was acknowledged; running backs who picked up blitzing linebackers showed heart; and the story of the game was told through the tape, and not the stats alone. That was my model of football.”

He added: “Today, game-day cameras follow the most popular players on teams; guys who dance after touchdowns are extolled on Dancing With the Starters; games are analyzed and brought to fans without any use of coaches tape; practice non-participants are reported throughout the week for predicted fantasy value; and success and failure for skill players is measured solely in stats and fantasy points.”

As late as the beginning of the 2013 campaign, Arizona Cardinals Head Coach Bruce Arians expressed confidence that Mendenhall could be the team’s feature back as it vied for position in the NFC West, perhaps the toughest conference in the NFL. “As a running back he’s the total package,â€ Arians said last spring. “He’s a big, strong, every-down back with speed who can pass block and also catch the ball. I’ve said before: he’s a big man with little-people feet, meaning he can run like he’s 180 [pounds] but also pound the ball like he’s 230.â€