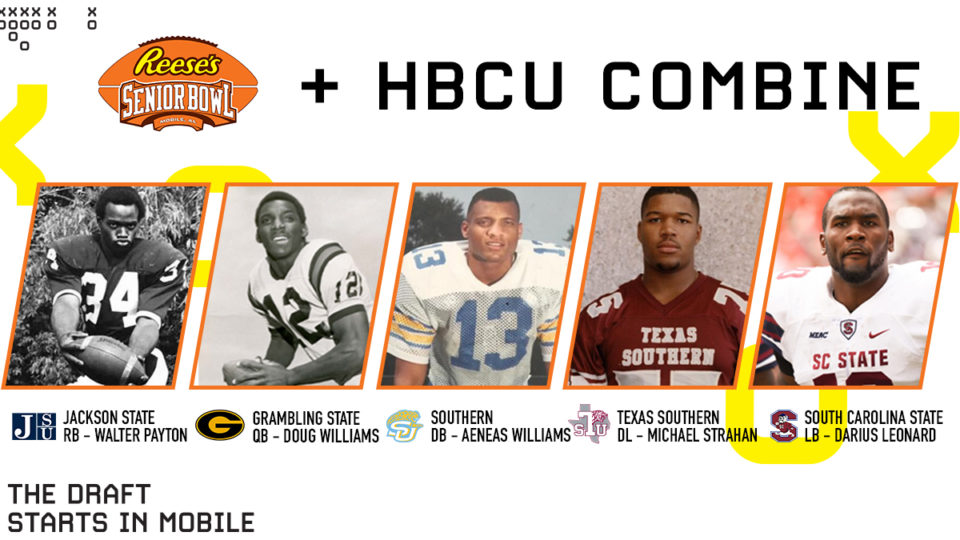 The NFL and the Reese's Senior Bowl are taming up to host the first HBCU Combine, which was cancelled last year due to the coronavirus pandemic. Image: Twitter/@seniorbowl

The Reese’s Senior Bowl in collaboration with the NFL will hold the first historically Black college and university (HBCU) Combine.

The event will take place at Ladd-Peebles Stadium in Mobile, Alabama, where the Senior Bowl takes place and will feature the top seniors from the CIAA, MEAC, SIAC, and SWAC HBCU football conferences and other HBCU football teams. In addition to workouts, agility and skill testing, the HBCU Combine will give NFL teams, scouts, and front office personnel a chance to gather medical information and interview prospects.

The initial event was set to take place last year but was canceled due to the coronavirus pandemic. Several former football players including Jackson State Head Coach Deion Sanders expressed shock and anger at the fact that last year no HBCU football players were drafted.

“The Reese’s Senior Bowl is honored to be collaborating with the National Football League to host the inaugural HBCU Combine in Mobile, Alabama,” Nagy said in a statement. “Over the years, the Senior Bowl has served as a showcase for some of the top Black college football players in America, including seven of our game’s 56 future members of the Pro Football Hall of Fame, and this event will help many more HBCU players secure further attention and exposure from all 32 teams.”

An HBCU Scouting Committee, which will be made up of former and current league executives, will evaluate and select the participants.