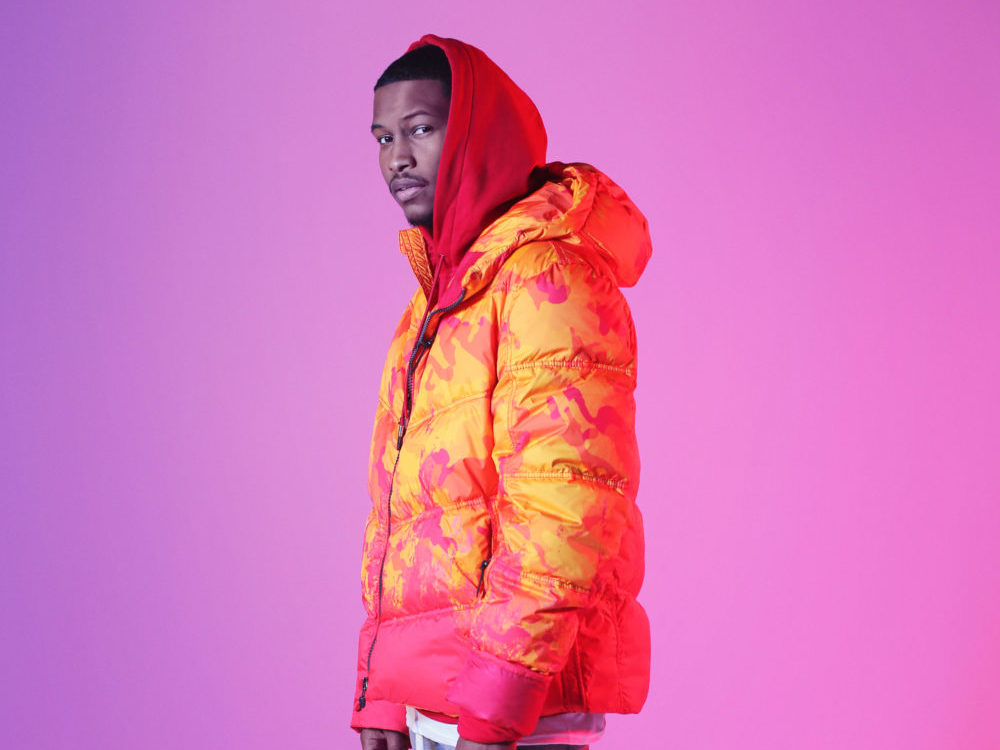 Nostalgia is a dangerously beautiful thing. Too much of it will prevent you from appreciating the new, but the right amount will leave you feeling refreshed. Nick Grant is the perfect balance. His presence on the microphone reminds us all of the golden age of hip-hop, drawing on a genius level talent for wordplay and storytelling. His approach, however, is not one that is so deeply rooted in a 90s persona that it comes off as overly reminiscent of times past. His beat selection is soulful but still current. The content? Topical, he tells the story of a willingness to get uncomfortable while pursuing an intrinsic passion. Taking on life’s wins, failures, and the lessons in between while growing into the person he saw himself as before the world got the big picture. Grant’s newest project, “Dreaming Out Loud,” delivers that narrative in sonic form, and with 6.2 million streams on his latest project, tour dates with Nas and Lauryn Hill, and cosigns from greats like DJ Khaled, it appears that hip-hop may have a new challenger to the throne.

Modern day artists are fully aware of the need for multiple streams of income. The music industry business model is still in transition. Streaming pumped life back into the business, but artists aren’t seeing much profit from the sales. According to The Guardian, artists only get $0.00783 and $0.00397 per stream from Apple and Spotify, respectively. As a result, musicians must heavily rely on show money and merchandise sales to pull in cash. Naturally, an artist like Grant who is poised for worldwide success must keep his head on a swivel when it comes to diversifying his portfolio. After all, music is a young man’s sport and eventually the goal is to move into other business ventures.

In a conversation filled with sheer appreciation for the moment, Grant revealed a very focused intent. The first chapter of his journey is closed, and his future is on the horizon. As he reflects on the experience of putting himself in position to eat, he has honed in on solidifying a foundation upon which his empire can stand. Coming from Walterboro, South Carolina, with a population of 5,000 people, it was no easy adventure for Grant to get here.

“You can’t walk into a label from a small town. I didn’t even have a studio, we had to make one and record in a closet. A move to Atlanta was a family move that worked out. At the time Ludacris, T.I., and Outkast were artists you could look up to and also run into at any time. It was a different world, but it was accessible. I still had to pay my dues, go around and do rap battles and go to studios and get my voice heard.”

Nowadays, opportunities to diversify your career trajectory depend on social currency. Those ever-so-necessary metrics that prove you’ve got the audience to drive revenue. It’s what every brand looks for when forging partnerships with artists looking to merge into other lanes of creative professionalism. While Grant is undeniably talented, he’s still earning his spot among the megastars of the game. The necessary evil in that is maintaining a social presence and growing a visible fan base by the numbers.

“Everything is just hip-hop while I build a solid foundation. I want to get into acting, clothing, and finding artists. Music has a deadline so diversifying is key. You have to pay attention to the things you’re into and your direction. It takes staying committed and being comfortable with yourself. I could be better with social media and things. I’m growing to learn about those things on top of doing more shows and touching fans. Developing those habits of making sure it’s my best whenever I put up content.”

You can hear the reluctantly wise compromise in his voice. He’s an MC to the core, cut from the cloth of earning his stripes through battles and fighting for his songs to be heard in studios. The music should speak for itself, and create all of the opportunity he deserves. Unfortunately, this isn’t a perfect world and sometimes people want to see before they hear. That includes the folks who can provide opportunities in Grant’s places of interest beyond beautifully crafted bars. A true professional, he’s OK with playing the game as long as the music is on point. He’s got a platform now, and with that comes a duty.

We’re the first generation of black men facing our demons without burying our emotions. On top of that, black women are holding us accountable for appreciating them and dispelling toxic viewpoints we learned from fathers, uncles, and brothers who went unchecked. Both subjects are regular topics of conversation across Twitter timelines. Using songs like “Father Figure” and “Black Woman,” Grant addresses two of the most sensitive topics for many black men. Confronting unresolved issues with the men responsible for raising us, and embracing the importance of the women who nurtured us no matter the cost.

“I realized having a voice is a responsibility. These are things that I always wanted to talk about. Women were a village that raised me and provided for me when I couldn’t provide for myself. It was important for me to speak on, even if I was the only one to hear the records. Fortunately, it didn’t go unnoticed. Black Woman is 2-3 years old, but it shows you that God has his timing.”

Nick’s appreciation for his position is full proof, while the game he’s in keeps reinventing itself. Platforms like Spotify offer licensing deals to artists, while companies like United Masters help artists create direct-to-consumer markets. It’s all in an effort to cut out the middleman. Still, Grant saw fit to sign with a major label. His golden ticket is in the business minds he keeps around him at Culture Republic, an imprint focused on identifying and cultivating authentic brand partnerships for the artists it represents. Culture Republic is run by Jason Geter, Chaka Zulu, and Bernard Parks who have successfully launched and navigated the brands of international superstars such as T.I., Ludacris, 2 Chainz, Travis Scott, Iggy Azalea, Outkast, Cee-Lo Green, 8 Ball & MJG, B.O.B., DJ Drama, and Big K.R.I.T.

“I feel like I always got the cheat code. The people in my management are schooling me. I’m also picking up on ideas through conversation and learning on my own. I’m paying close attention to my peers and the moves they’re making. For me, it’s about letting the music open up the doors. Make sure the art is right, and everything is a domino effect.”

Grant’s whole mentality is to lift as he climbs. He wants to build a studio back home in South Carolina, He wants to help dope artists put out projects, and put people in the position to help others. He’s a fan of the culture first, so as long as he can aid others in realizing their dreams, he’s satisfied. His love for simple things is draped in the humble nature of the southern states that raised him. With a lyrically refreshing project receiving a warm welcome from critics and fans alike, Grant offered parting words on the possibility of the cultural pendulum swinging back in favor of the wordsmiths.

“I don’t think it ever swung away. Who’s to say that the people everyone calls microwave artists aren’t just being who they really are, and that’s why it’s working for them? I would like to say I’m cut from the same cloth as a Kendrick or a J. Cole. To be a king in hip-hop you have to have a story and messaging. As long as you’re speaking about certain things you’re going to cut through. Everybody who’s the GOAT has to have a body of work. That’s my path. I want to be one of the greatest.”