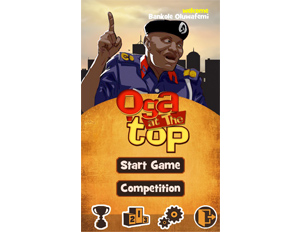 News surrounding Nokia has involved the debut of its humungous smartphone, the Lumia 1520, but most recently the Swedish company has entered a noteworthy partnership deal with Nigerian online gaming platform Kuluya. Kuluya launched an exclusive partnership with Nokia today, which will bring its games to the Nokia Windows Store for Asha and Lumia devices. The partnership will kick off with Oga @ The Top, a game that boasts more than 60,000+ plays in only 72 hours of release.

In an effort to connect with Africa’s online gaming community, Nokia is tapping the leading game development studio in Lagos. “Africa is a continent with great potential across all sectors,â€ said Emmanuel Oluwatosin, partner manager at Nokia, West Africa, in a press statement. “We are excited at the fact that the youths are looking inwards and taking advantage of the opportunities that are in abundance. Kuluya is leading the way in this regard and we are happy to work with them in providing great games for our consumers.â€

“We know that gaming will explode across the continent of Africa,â€ added Kuluya chief executive Kunle Ogungbamila. He predicts that gaming on the continent will become a multibillion dollar industry, and sees the Kuluya-Nokia partnership “as the beginning of an exciting and mutually beneficial content / platform relationship.â€

Just six months after Kuluya’s launch, the company announced it was valued at $2 million after raising a seed-investment round. At the same time, Kuluya introduced an interactive gaming element to the redesigned platform, where gamers battle it out against each other, make bets, and generate money through competitive cash games.

Kuluya now has 65 games online and users from across Africa, including Ghana, Kenya, Senegal and Ethiopia. Oga @ The Top is available now to download for free on the Nokia Windows Phone, as well as the Nokia Asha.