Nigerian Student From New Jersey Gets Into All 8 Ivies 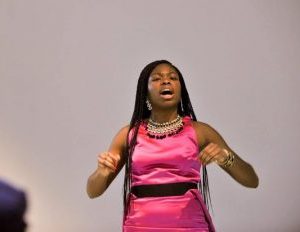 Seventeen-year-old Ifeoma White-Thorpe of New Jersey has joined theÂ elite group of students who’ve been accepted into all eight schools in the storied Ivy League.

Ifeoma attends Morris Hills High School in Rockaway, New Jersey, but, as her first name may suggest, she is a first-generation American, whose family hails from Nigeria, according to news reports.

Black Enterprise has previously written about students who’ve made a splash in the media, after they were accepted into all eight Ivies; Brown University, Columbia University, Cornell University, Dartmouth College, Harvard University, the University of Pennsylvania, Princeton University, and Yale University. You can read those posts here, here, and here.

Now, Ifeoma, who reportedly plans to study biology and pursue a career inÂ global health, joins this rarefied group. Here’s an excerpt about Ifeoma’s exploits from an article published on CBS News’ website:

Many college-bound high school seniors will have difficult decisions to make as summer approaches, but few can compare to the choice facing New Jersey teen Ifeoma White-Thorpe–she was accepted to all eight Ivy League colleges.

And that’s not all.

White-Thorpe was accepted into Stanford University, too.

At first, she was solely focused on Harvard–the first school to officially give her the green light. But acceptance letters from other prestigious schools across the country soon flooded her mailbox, and now she’s back to square one.

“I got into Harvard Early Action, so I was like I’ll just go there. And then I got into all the others and now I don’t know where I want to go,â€ White-Thorpe toldÂ CBS PhillyÂ on Tuesday.

The teenager already has quite an impressive “resumÃ©.â€ She’s student government president, ranks high in her Advanced Placement courses, and is a talented poet and writer. She recently wonÂ first placeÂ in the National Liberty Museum’s Selma Speech & Essay Contest.

“Education is essential for change, and I aspire to be that change,â€ White-ThorpeÂ saidÂ after winning a $5,000 prize in the national essay contest.