Nikole Hannah-Jones says she will not accept a position at UNC unless it's a tenured position (Image: Twitter/@hjtherealj)

Award-winning journalist Nikole Hannah-Jones said she will not take a position at the University of North Carolina without tenure.

Hannah-Jones initially agreed to a five-year contract with the private institution, but according to a letter obtained by CNN, “since signing the fixed-term contract, Ms. Hannah-Jones has come to learn that political interference and influence from a powerful donor contributed to the Board of Trustees’ failure to consider her tenure application.”

The letter goes on to state “under these circumstances, any appointment of Ms. Hannah-Jones without tenure is unacceptable.”

The school announced in April that Hannah-Jones would join the university’s Hussman School of Journalism and Media as the Knight Chair in Race and Investigative Journalism in July. However, it was revealed in May that the position would not come with tenure, as the school considered Hannah-Jones a “non-academic.”

Earlier this month it was revealed that the school’s top donor Walter Hussman, who the journalism school is named after, reached out to at least one Board of Trustees member, a few senior administrators, and at least one other donor to express his opposition to Hannah-Jones coming on board.

Hussman took issue with the New York Times‘ 1619 Project, which was developed by Hannah-Jones and other writers.

Last month, more than 1,500 UNC students and alumni signed a two-page advertisement in The Raleigh News & Observer that called for Ms. Hannah-Jones to be given tenure.

The 1619 Project has faced stiff resistance as lawmakers in more than 10 states have introduced bills targeting the project from being taught in schools.

Hannah-Jones earned her master’s degree in journalism from the university in 2003 and has received several awards for her work, including a MacArthur Foundation Fellowship and the Pulitzer Prize.

UNC-Chapel Hill Vice Chancellor of Communications Joel Curran responded to Hannah-Jones’ letter, telling CNN, “The University has been contacted by attorneys representing Nikole Hannah-Jones. While this remains a confidential personnel matter, as Chancellor Guskiewicz has said publicly, we feel she will add great value to the Carolina campus.” 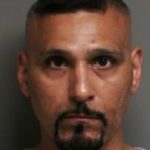 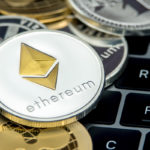