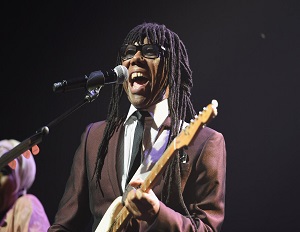 On June 8th, Apollo Theater hosted its star-studded 10th Annual Spring Gala in New York that brought out hundreds of celebrity guests and community leaders for an evening celebrating the arts.

Hosted by AJ Calloway from Extra TV, the night included performances by R&B crooner Luke James, who did a cover of Michael Jackson’s The Way You Make Me Feel, and NBC’s The Voice star Kimberly Nichole, who electrified the crowd with a rendition of House of the Rising Sun. Nile Rodgers and CHIC turned the night into a full-scale dance party when they performed their hit songs like Everybody Dance, I’m Comin’ Out, Upside Down and We Are Family among others. Meanwhile, Ne-Yo paid homage to the Apollo by singing Stevie Wonder’s classic song Ribbon in The Sky.

Click below to see pictures from the legendary event.