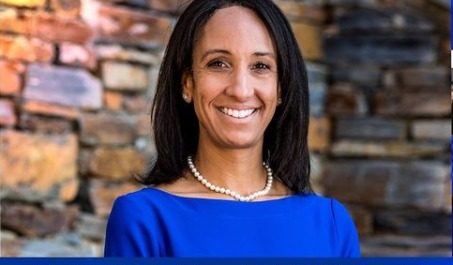 Duke University has named Nina E. King vice president and director of athletics of the amateur athletics powerhouse, making her the first Black woman to hold the position.

King, currently Duke’s senior deputy director of athletics for administration and legal affairs and chief of staff, succeeds Kevin M. White, who is retiring after 13 years in the position. King was chosen after a nationwide search.

“I am thrilled that Nina will be our Vice President and Director of Athletics,” university president Vincent E. Price said. “In her time at Duke, Nina has demonstrated extraordinary leadership, earning the esteem of our coaches, student-athletes, athletics staff, and colleagues in athletics departments across the country. Nina is recognized as a committed advocate for inclusive excellence in collegiate athletics, and she has represented Duke on committees of the NCAA, ACC, and many other national organizations. I can imagine no better person to carry on Kevin White’s exceptional record at Duke.”

“King becomes the sixth female athletics director among the Power Five conference schools. Three are in the ACC in King, Williams and Pittsburgh’s Heather Lyke,” The Charlotte Observer added.

According to the Associated Press, King is the third Black woman to works as an athletic director in the Power Five conferences. She will join Carla Williams at the Atlantic Coast Conference’s University of Virginia, and Candice Lee at Vanderbilt in the Southeastern Conference.

King joyfully tweeted about her promotion.

“Thrilled for this incredible new opportunity! Love my Duke family and so excited to continue our tradition of excellence. #GoDuke,” King wrote.