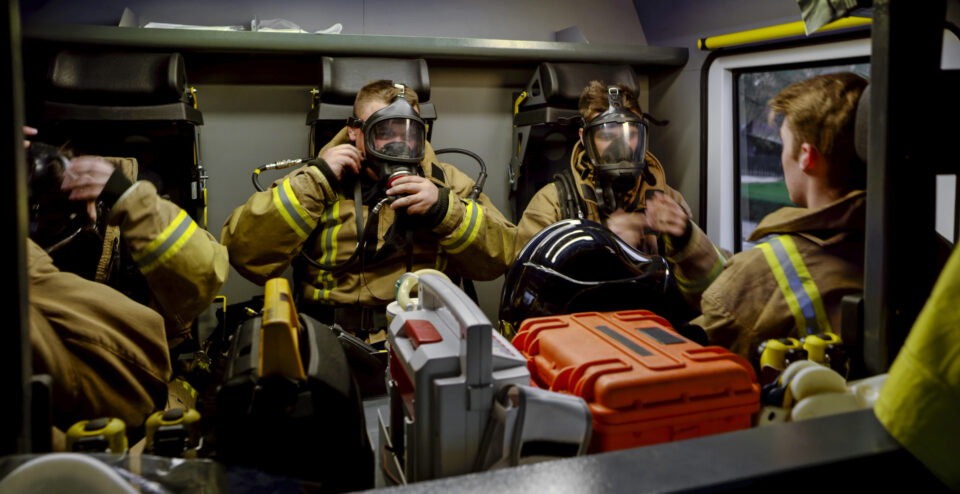 Firefighters wearing gas masks while sitting together in fire engine.

Nine firefighters within NYC’s FDNY have been suspended without pay for sharing racist messages and memes about George Floyd.

The suspensions range from six days to six months and come following an investigation into reports about the racist messages mocking Floyd’s death. The New York Times reports that their leaves are cited as being the largest punitive actions in the department’s history.

Other messages included the firefighters threatening to use hoses on Black Lives Matter protestors during the social unrest in 2020. The comment came despite there being an order banning the practice from taking place.

“When these memes were reported we investigated iT and the suspension were the result,” FDNY spokesman Jim Long told the NY Post.

Those suspended included firefighters who sent the messages, as well as a few of their supervisors. Fire Department Commissioner Daniel Nigro acknowledged how the department has embraced diversity initiatives in recent years and is working to become more inclusive, Pix 11 reports.

This scandal is the latest in a series of racist claims against the FDNY. In 2018, the department was sued by a Black firefighter who alleged his superiors made him drive delivery vans instead of fight fires.

In 2017, the department faced backlash after hiring the son of a former fire commissioner who had resigned following a racist and anti-Semitic rant on Twitter.