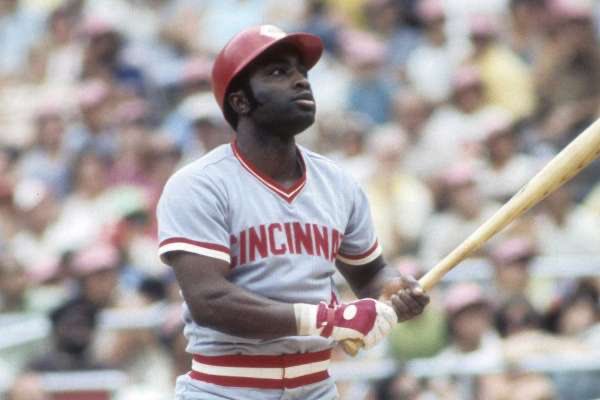 Hall of Fame second baseman Joe Leonard Morgan, a member of the Cincinnati Reds’ “Big Red Machine,” died Sunday at the age of 77.

Born on September 19, 1943, Morgan was a two-time World Series champion and two-time National League MVP. He died Sunday at his home in California, according to family spokesman James Davis. He suffered with various health issues in recent years, including a nerve condition, a form of polyneuropathy, according to ESPN.

Known around baseball as “Little Joe,” Morgan is widely regarded as one of the greatest second baseman to ever step on the diamond. In addition to his two championships and two MVP awards, he was a 10-time All-Star and a five-time Gold Glove Award winner. He also spent more than 20 years as a color commentator for various networks including ABC, NBC, and ESPN’s Sunday Night Baseball.

“Major League Baseball is deeply saddened by the death of Joe Morgan, one of the best five-tool players our game has ever known and a symbol of all-around excellence,” MLB commissioner Rob Manfred said in a statement. “Joe often reminded baseball fans that the player smallest in stature on the field could be the most impactful.”

“Little Joe” was part of one of the most dangerous lineups in baseball history. Morgan, Pete Rose, and Hall of Famers Johnny Bench and Tony Perez made up the “Big Red Machine.” The four players won back-to-back World Series titles in 1975 and 1976. Morgan and the Reds also made the World Series in 1972, but lost to the Oakland Athletics in seven games.

The Reds are heartbroken to learn of the passing of baseball legend Joe Morgan. pic.twitter.com/zBoQ2gHZys

Morgan played for 21 years, spending the first eight years of his career with the Houston Colt 45s/Astros. On November 29, 1971, Morgan, Ed Armbrister, Jack Billingham, César Gerónimo, and Denis Menke were traded to the Reds for Lee May, Tommy Helms, and Jimmy Stewart. He spent the next seven years in Cincinnati before going back to Houston. He played two seasons with the San Francisco Giants and one season each with the Philadelphia Phillies and the Athletics before retiring.

“Joe Morgan was quite simply the best baseball player I played against or saw,” Bench texted to The Associated Press Sunday.

In his post-playing days, he served as a color commentator and an entrepreneur. He was the CEO for Joe Morgan Honda in Monroe, Ohio. His dealership placed 30th on BLACK ENTERPRISE‘s list of the top 40 Black franchises of the top domestic and foreign car manufacturers.