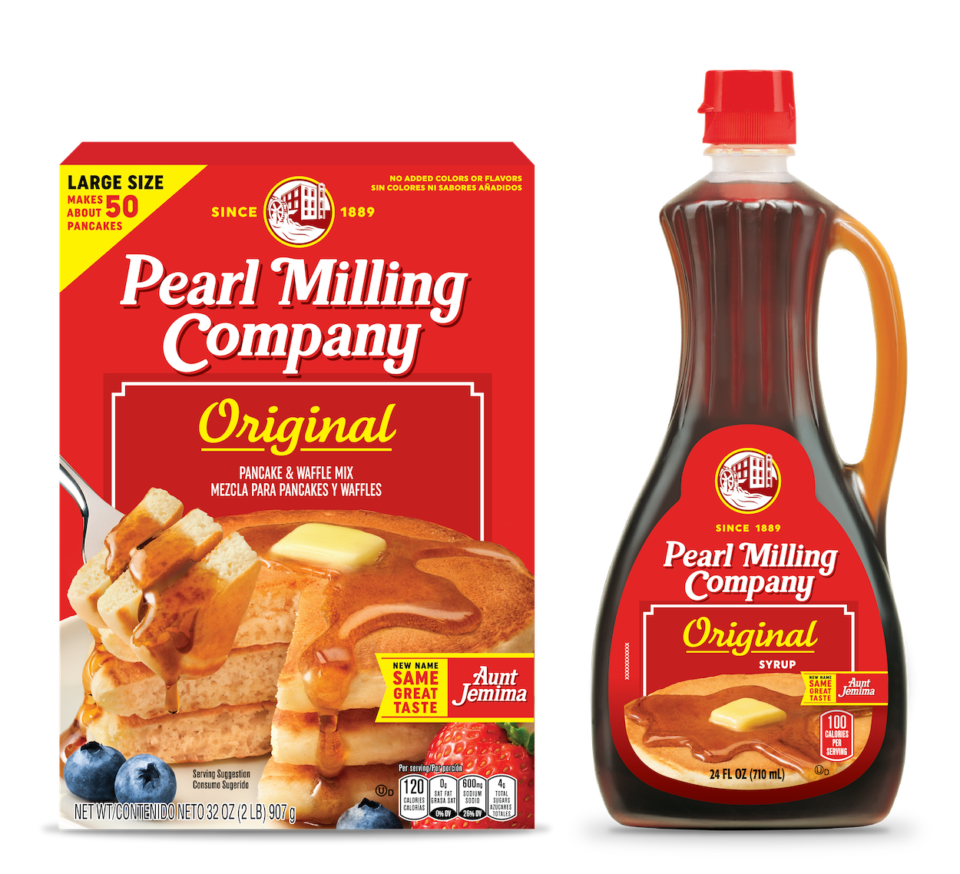 PepsiCo Inc., the parent company of the Aunt Jemima brand, is rebranding iconic syrup and pancake mix. The new name of the pancake mix and syrup varieties are now known as Pearl Milling Co.

Last summer, in a sign of the times spurred by the worldwide protests against racial injustices, police brutality against Blacks, and racial inequality, the Quaker Oats Co. removed the image of Aunt Jemima from its packaging and changed the name of the brand.

As the originator of the iconic self-rising pancake mix, Pearl Milling Co. was founded in 1888 in St. Joseph, Missouri, and would later have the name of the brand changed to Aunt Jemima.

The Quaker Oats Co. purchased the Aunt Jemima brand back in 1925. It initially updated the Aunt Jemima image over the years in order to attempt to remove the racial stereotypes that dated back to the brand origins. In June 2020, the company announced it was changing the Aunt Jemima name and image on the packaging and pledged a $5 million commitment to support the Black community.

The rebranded name and image on Pearl Milling Co.-branded pancake mixes, syrups, cornmeal, flour, and grits products will be publically available in June 2021, a year after the company committed to making the change, announced PepsiCo in a press release. The packing will be the same minus the name and likeness of the Aunt Jemima character.

Pearl Milling Co. has also announced that the company has made a $1 million commitment to empower and uplift Black girls and women. The company is inviting the community to visit its website and nominate nonprofit organizations for an opportunity to receive grants to further that mission. This is in addition to PepsiCo’s previous pledge of more than $400 million, a five-year investment to uplift Black business and communities, and increase Black representation at PepsiCo.