Noah Green Identified As US Capitol Suspect That Killed Officer 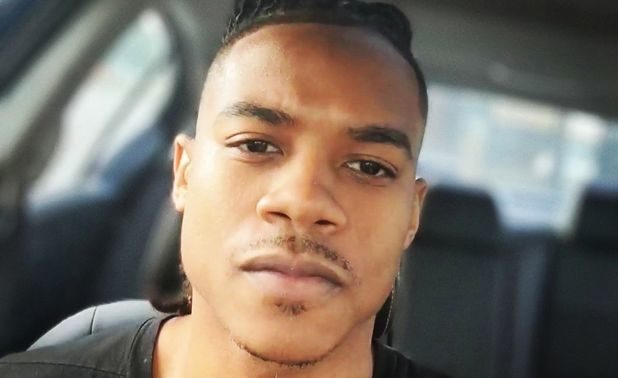 Twenty-five-year-old Indiana resident Noah Green has been identified as the suspect who was fatally shot after ramming his car into a barricade outside the U.S. Capitol.

Green is accused of lunging at police officers with a knife after plowing his car into two officers and killing one, NBC News reports. Green was shot and killed after he allegedly attacked the officers outside the US Capitol in Washington D.C. around 1 p.m. on Friday.

William “Billy” Evans, an 18-year veteran of the Capitol Police, was identified as the officer who was killed.  NBC News correspondent Tom Winter identified Green as a member of the Nation of Islam and claimed he was unemployed and dealing with personal issues at the time he made the attack.

Green, a former defensive back at Christopher Newport University Athletics stood at 5 foot 11 inches tall and weighed 180 pounds, Yahoo reports. Facebook has since deleted his account where he shared a cryptic message in early March where he allegedly admitted to experiencing “concerning symptoms” after taking drugs. “I was on the right track and everything I had planned was coming into existence,” Green allegedly wrote on March, the NY Post reports.

“It required long hours, lots of studying, and exercise to keep me balanced while experiencing an array of concerning symptoms along the path (I believe to be side effects of drugs I was intaking unknowingly),” he added to the post signed off as Brother Noah X. “However, the path has been thwarted, as Allah (God) has chosen me for other things,” he added. “Throughout life I have set goals, attained them, set higher ones, and then been required to sacrifice those things.”

Bishop Talbert Swan, an activist, addressed how fast Green was fatally shot as compared to the Atlanta spa shooter who was armed with an AR-15 at the time of his arrest. “I see the white supremacists are overjoyed to report that the suspect in the Capitol incident was a Black man, Noah Green,” Swan tweeted on Friday, April 2. “Green, allegedly armed with a knife, was shot dead. By contrast, Robert Aaron Long, the Atlanta spa murderer, was armed with an AR 15. He’s alive and well.”

I see the white supremacists are overjoyed to report that the suspect in the Capitol incident was a Black man, Noah Green.

Green, allegedly armed with a knife, was shot dead.

By contrast, Robert Aaron Long, the Atlanta spa murderer, was armed with an AR 15. He’s alive and well.