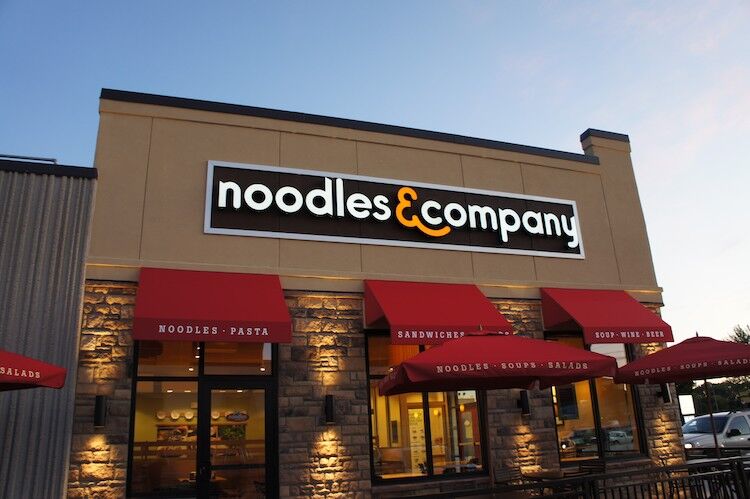 (Noodles & co)
Making them the first franchise companies to do so, Noodles & Company and WOWorks have adopted the Pathways to Black Franchise Ownership Program.
Noodles & Company is a fast-casual restaurant with over 450 locations. WOWorks owns Saladworks, which calls itself the nation’s leading fast-casual salad brand.

The Multicultural Foodservice & Hospitality Alliance and 4thMVMT launched the Pathways to Black Franchise Ownership Program in October 2020 with a $2.5 million commitment from PepsiCo.

The development training program is a big deal as it is geared to help create 100 Black-owned franchise restaurants by late 2023.

Noodles & Company and WOWorks will be central Pathways partners and have officially added the program to their respective franchising development and unit growth strategies. That means those companies will provide qualifying participants with specialized Pathways training, coaching, mentoring and other support to open single as well as multi-unit franchise businesses.

Franchising has been popular with Black entrepreneurs for years as many select this path instead of traditional small businesses more rapidly than the overall population. Figures show about 31% of franchise businesses were owned by minorities, versus non-franchised businesses with roughly 19% minority ownership.

Black Americans often favor franchising too because it offers business ownership, an opportunity to build net worth and provide future wealth-building for individuals and their families.

“While our industry is one of the most diverse in the U.S., underrepresentation in ownership is clear with only 8% of restaurants being Black-owned,” said Gerry Fernandez, president and founder of MFHA.

John Ramsay, Noodles & Company vice president of franchise sales, stated: “Earlier this year, Noodles & Company advanced our own inclusion and diversity initiatives by taking the CEO Action pledge and we see becoming one of the first restaurant brands to partner with MFHA on Pathways as a natural next step in that journey.”

WOWorks CEO Kelly Roddy added, “We want to give more Black entrepreneurs the opportunity to become a part of our family of healthy fast-casual brands, which can also boost their communities. Increasing the number of African American business owners in the nation starts with franchisors like us, and we are committed to fostering and supporting franchisees every step of the way.”