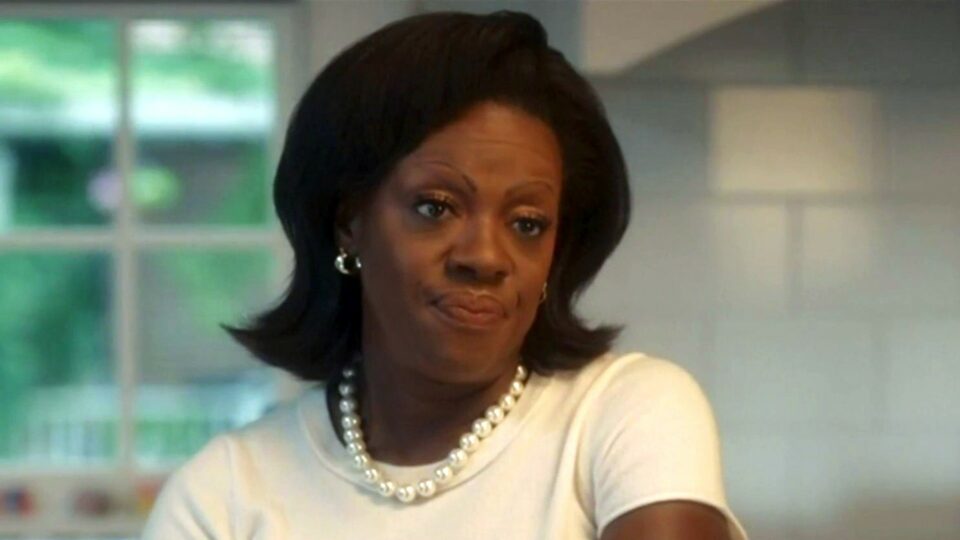 The Academy Award-winning actress takes every role seriously. But it was her dedication to landing some of Michelle’s iconic facial expressions that weren’t received well by viewers, NY Post reports.

Davis was called out on social media for what many deemed as a “cringey” portrayal of the former first lady. In one clip shared on Twitter, Davis appears to add extra emphasis on Michelle’s signature pursed lips.

“They set Viola Davis up by allowing her keep her mouth that way throughout the filming. It’s so cringey and distracting,” one user tweeted in response.

“Viola could’ve just acted normally and changed the tone of her voice without having to change what she got going on with her mouth,” added someone else.

“This Thing Viola is doing with her mouth is totally unnecessary! I don’t see Michelle when she does it, I just see teeth! #TheFirstLady,” another user wrote.

Others made a mockery of Davis’s overly pursed lips.

Viola's lips when they finished shooting the movie pic.twitter.com/Flu6S1o7ZS

“I love Viola soooo much. She is seriously one of the greatest performers of our time. But, the portrayal of the First Lady was a bit of a caricature,” one user tweeted. “Viola had to include those physical characteristics of Michelle’s mouth and brows, but it comes off a bit cartoonish.”

“You telling that nobody in the whole crew, during filming, stopped and thought “no man, that looks so wrong?” And suggested she doesn’t do that?” one user asked. But another responded noting that Davis was actually a producer on the project. “Nobody is saying anything,” they added.

While Michelle is known for her signature facial expressions, viewers found Davis’s interpretation of the former first lady to be “exaggerated, unnecessary and borderline insulting,” Daily Mail reports.

“The director that made Viola Davis do that duck face may need to serve time,” one viewer tweeted.

“Why didn’t anybody stop you? Why could they not even give you an actual makeup artist? How will you ever face Michelle Obama after this?” asked someone else.

“I’m embarrassed and legitimately surprised that everyone who saw Viola Davis make that face let it stand. Including Viola Davis! Like… Why?” another user said.

Davis might’ve caught wind of the online shade because one Twitter user took an alleged screenshot of her liked tweets showing her support for one user who made a mockery of her Michelle portrayal.