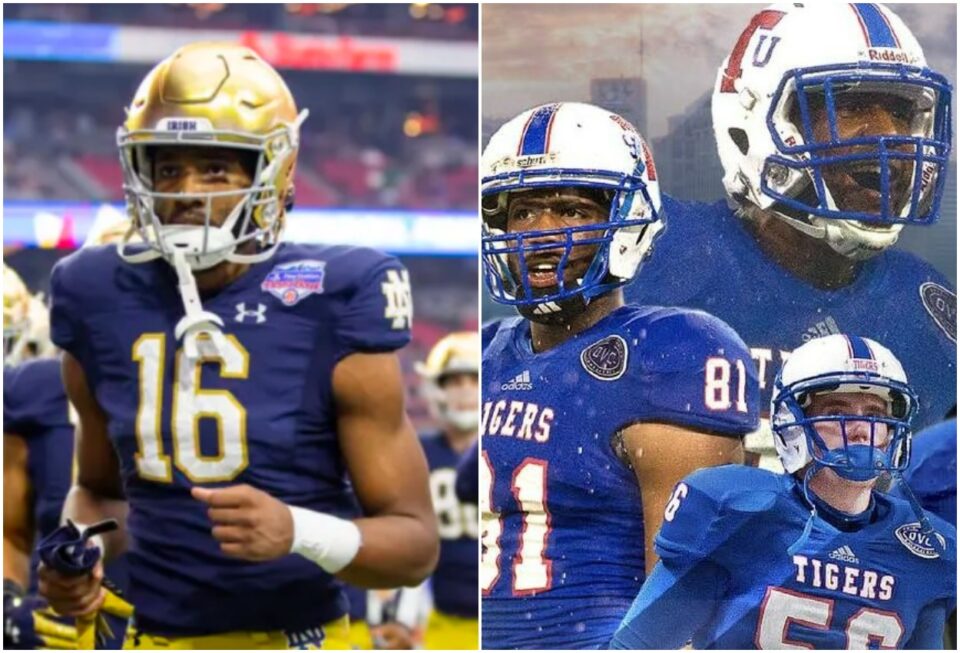 For the first time ever, the University of Notre Dame will host an HBCU football team in a nationally televised game in 2023.

Notre Dame football announced that it will host Tennessee State University (TSU) on Sept. 2, 2023, at Notre Dame Stadium. The game will also be airing nationally on NBC.

For an idea of just how long this has taken to happen, Notre Dame’s football played its first game in 1887.

“We’re excited to bring a pair of great academic institutions that are steeped in tradition together in 2023,” said University Vice President and Director of Athletics Jack Swarbrick in a written statement.

“None of this would be possible without Dr. (Mikki) Allen and Coach (Eddie) George’s vision for what this game can represent to our universities,” he added. “I’m thrilled we’re able to bring the Tigers and the Irish together for a weekend that will feature programs with over 20 combined national titles, the Aristocrat of Bands and the Band of the Fighting Irish.”

This contest will signify the first time in program history the Irish will face a Historically Black College and University (HBCU) when the Tigers make their trip to South Bend for the Irish’s 2023 home opener.

“We are setting the foundation for long-term success under Coach George’s leadership. The goal is that TSU will be a destination program for the next generation of student-athletes to come.”