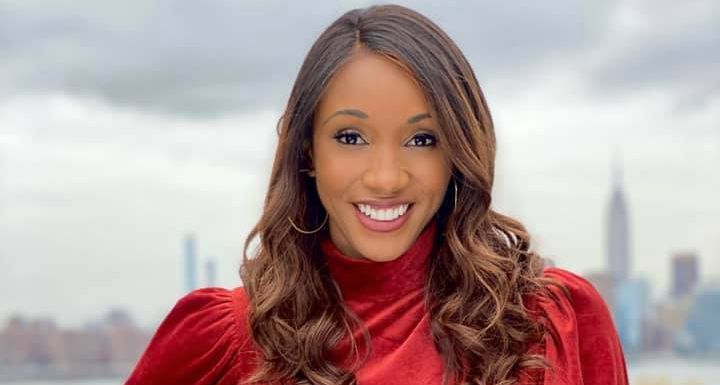 On Wednesday, NPR reported Taylor’s exit from ESPN to take on a hosting position for the Tokyo Olympics, NY Post reports. However, instead of using an actual photo of Taylor, they got the Black female reporters at ESPN confused and highlighted Martin instead.

“Cmon guys…. We don’t *ALL* look alike,” Martin tweeted out with a GIF of her looking frustrated.

The outlet was quick to clear up the snafu and blamed it on the Associated Press mislabeling a photo of Martin.

“Because of an error in an AP caption, this post previously featured an image of ESPN reporter Kimberley Martin instead of Maria Taylor. We apologize for the error,” NPR tweeted.

Oklahoma Sports editor Jeff Patterson followed up by sharing a photo of the AP image and the description, proving that they mislabeled Martin’s photo.

The @AP has a bad cutline on their photo site. Hopefully that gets fixed. pic.twitter.com/JqiOMVeGqi

But the damage was already done. Many Twitter uses blasted NPR for not catching the error before publishing the story.

“It’s definitely filed wrong via the AP, but it’s not like she hasn’t been on TV ALOT in the past few weeks + in the news in general,” one Twitter user said. “Like, know who you’re writing about!!!”

“Disappointing! Dear media world, #MariaTaylor is not the only Black woman at ESPN! Please take the time to give talented journalists the recognition and credit they deserve. Maria and #Kimberleymartin deserve better. And BTW they don’t even cover the same league,” said sports reporter Alex Flanagan.

“Would be kinda funny if NPR also used this photo as Rachel Nichols,” added another Twitter user.

Would be kinda funny if NPR also used this photo as Rachel Nichols. pic.twitter.com/K9sxWMdpiZ

“Can’t blame them. I mean, you can. AP did get it wrong,” someone else noted. “But *you, posting a story about Maria, didn’t know what she looked like. Passing the buck is not a good look.”