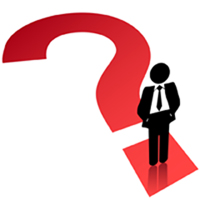 On July 2, NPR’s education team Twitter account was being used by Anya Kamenetz, the education team’s lead blogger. Kamenetz chose to use that professional account to vent her frustrations over finding a “diverse” source on a deadline.

Needless to say, it didn’t go over well.

According to a memo on Jim Romensko’s site, NPR released new guidelines for its employees, providing suggested guidelines in reaction to the personal Twitter debate, as to what they should or shouldn’t tweet.

I reach out to diverse sources on deadline. Only the white guys get back to me 🙁

Twitter users weren’t kind to Kamenetz or NPR, choosing to voice their concern that her statement was racially charged.

@npr_ed It sounds like you aren’t very good at an important part of your job. I’d expect this from Fox News, but not NPR.

That was not the best wording. But I’m trying to get at a serious issue.

The “issue” remained unclear. Kamenetz directed people to continue the discussion on her personal Twitter account, wanting to separate NPR from the discussion, but also said that the tweet was meant for her personal account, which implies that the content was not an issue, just its location.

Later, Kamenetz acknowledged the need for her to cultivate stronger and more diverse sources.

I acknowledge my responsibility for not cultivating a stronger, more diverse network of sources. I’m trying every day

You can check out the memo sent to the entire staff below:

From: Mark Memmott
Sent: Tuesday, July 08, 2014 2:24 PM
To: News-All Staff
Subject: Reminder: There Is No Privacy On The Web, And ‘Personal’ Pages Are Not Safe Zones

That’s been the basic guidance for quite a few years.

In reality, Twitter and other social media sites allow us to show more of our personalities than we might on the air or in a blog post.

BUT, though the words may be on “personalâ€ Twitter or Facebook accounts, what we say can reflect on NPR and raise questions about our ability to be objective.

Matt Thompson offers a test. Before posting something about your work or a news event or an issue, even if you’re putting it on what you think of as a personal page, ask this question: “Is it helping my journalism, or is it hurting my journalism?â€

Here’s a bit more from the Ethics Handbook:

“We acknowledge that nothing on the Web is truly private. Even on purely recreational or cultural sites and even if what we’re doing is personal and not identified as coming from someone at NPR, we understand that what we say and do could still reflect on NPR. So we do nothing that could undermine our credibility with the public, damage NPR’s standing as an impartial source of news, or otherwise jeopardize NPR’s reputation. In other words, we don’t behave any differently than we would in any public setting or on an NPR broadcast.â€

Also, despite what many say, retweets should be viewed AS endorsements. Again, from the handbook:

“Tweet and retweet as if what you’re saying or passing along is information that you would put on the air or in a ‘traditional’ NPR.org news story. If it needs context, attribution, clarification or ‘knocking down,’ provide it.â€ (July 8)