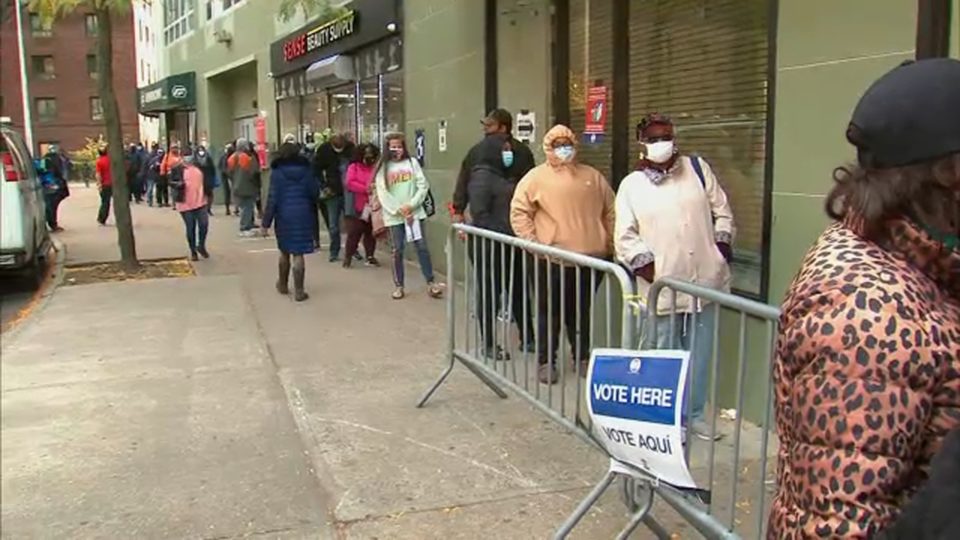 The New York City Democratic Mayoral primary has been thrown into chaos as the state Board of Elections (BoE) announced “discrepancy” in the ranked-choice vote tallies.

The BoE released the latest tally of votes Tuesday afternoon showed Eric Adams leading Kathryn Garcia and Maya Wiley. However, several hours later, the BoE released a statement saying it became aware of a “discrepancy” in the vote tally report. Shortly after, the results were taken down from the website.

We are aware there is a discrepancy in the unofficial RCV round by round elimination report. We are working with our RCV technical staff to identify where the discrepancy occurred. We ask the public, elected officials and candidates to have patience.

Late Tuesday night, the BoE released another statement saying 135,000 test-run votes were not taken out of the system and were accidently counted as part of the unofficial results. The board added it will re-count the results without those results.

Eric Adams, who wants to be mayor so bad, he forgot there’s a general election, released a statement  pushing back on the new results and requesting a clarification.

“The vote total just released by the Board of Elections is 100,000-plus more than the total announced on election night, raising serious questions. We have asked the Board of Elections to explain such a massive increase and other irregularities before we comment on the Ranked Choice Voting projection. We remain confident that Eric Adams will be the next mayor of New York because he put together a historic five-borough working class coalition of New Yorkers to make our city a safer, fairer, more affordable place,” Adams said according to The Hill.

“This error by the Board of Elections is not just failure to count votes properly today, it is the result of generations of failures that have gone unaddressed,” Wiley said according to CNN. “Today, we have once again seen the mismanagement that has resulted in a lack of confidence in results, not because there is a flaw in our election laws, but because those who implement it have failed too many times.”

The new numbers do not include more than 120,000 absentee ballots that have yet to be counted. However, the race between Adams, Wiley and Garcia is getting closer and the final count could be filled with controversy.

The next round of ballot tabulations won’t be ready until next week and the final results may not be known until mid-July.

Ranked-choice voting, which was used for the primary, allows NYC residents to choose candidates for mayor one through five. The candidate with the fewest votes after the initial count is eliminated and all ballots for that candidate are reallocated to the next highest-ranked candidate selected. That process continues with the remaining candidates until two are left, with the winner determined by who has the most votes in that final round.