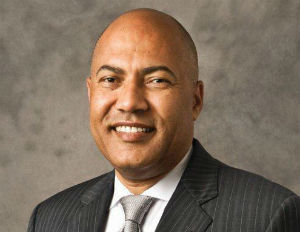 The appointment was made earlier this morning at a press conference in City Hall. He reportedly beat out four other candidates for the position.

Jiha will now oversee the agency which presides over $30 billion in tax collection every year.

De Blasio lauded Jiha for his excellence in his close to three decades in finance.

“Jacques is truly a success story,â€ said de Blasio. “With over 25 years in public finance, he’s built a reputation as someone with extraordinary integrity, as someone who is an expert on budget and debt management, analysis, and forecasting.â€

Jiha was introduced by de Blasio and talked about his plans.

“This agency is really part of the bedrock of city government. When it works well, when it’s done responsibly, all other things become possible. That’s an obligation I take very seriously,â€ saidÂ incoming Department of Finance Commissioner Jacques Jiha. “We are going to put in place practices that give people confidence in their city. New Yorkers probably hope they don’t have many interactions with our agency, but I promise them when they do, they’ll be treated fairly.â€

With the current uncertainty in the city finance department, Jiha will have the power to bring in his own team to stabilize the department.

The Haitian born Jiha graduated from Fordham University with a degree in Economics and received his PHD from the New School for Social Research. He served at Black Enterprise Magazine from 2005-2014.

He is scheduled to take over in late May.

De Blasio also made additional appointments today including: Feniosky Pena-Mora as Chief of Design and Consruction Dept; Lisette Camilo, as Director of Contract Services; and David Ehrenberg was named President and CEO of Brooklyn Navy Yard.

Most recently, Jiha was Executive Vice President/Chief Operating Officer and Chief Financial Officer for Earl G. Graves Ltd./Black Enterprise, a multimedia company. Jiha spent the better part of a decade in the New York City Comptroller’s Office, as well as time in the State Comptroller’s Office. Additionally, he worked for the Nassau County Office of the Comptroller, was the executive director of the New York State Legislative Tax Study Commission, and served as the Principal Economist to the New York State Assembly Ways and Means Committee.