City Comptroller Scott Stringer Has Been Accused Of Sexual Harassment 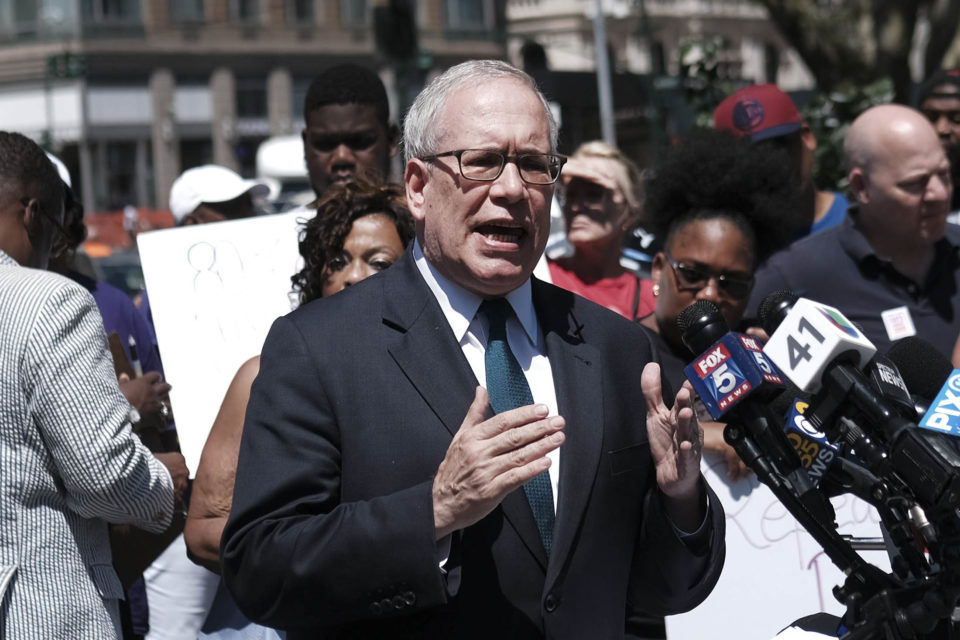 New York City Comptroller and mayoral candidate Scott Stringer has been accused of sexual harassment by an unpaid intern during his 2001 run for city advocate.

Stringer, who was a state assembly member at the time, allegedly groped Jean Kim, touched her several times without her consent, and made multiple sexual advances, according to Patricia Pastor, an attorney representing Kim. Pastor also accused Stringer of telling Kim not to disclose what happened about the incidents and offering to help her get elected as a Democratic District Leader.

“During this campaign, I traveled back-and-forth to campaign events with him. Scott Stringer repeatedly groped me, put his hands on my thighs and between my legs, and demanded to know why I wouldn’t have sex with him,” Kim said in a press conference Wednesday according to CBS NY.

Stringer denied the allegations in a Twitter post according to MSN.com adding that he supports the right for victims of harassment to come forward.

“I will reserve further comment until this person has had the opportunity to share their story,” he said. “For now, let me say without equivocation: these allegations are untrue and do not reflect my interactions with anyone, including any woman or member of my staff.”

“Scott Stringer must immediately account for this abuse of a campaign intern, including the unwanted advances and the dangling of jobs,” Wiley wrote on Twitter. “According to reports, Stringer had admitted to sexual contact claiming it was consensual.”

Scott Stringer must immediately account for this abuse. Read my full statement: pic.twitter.com/wQ3MyojcgR

Dianne Morales wrote in a statement on Twitter that she and her whole team stand behind Kim.

“I’m a survivor surrounded by strong femme leadership on my campaign, many of whom are survivors themselves,” Morales wrote. “‘To be honest, I’m still processing the news myself and spent most of the night checking in on them and holding space for our collective grief and pain.”

Kathryn Garcia wrote on Twitter “It takes tremendous courage for anyone to come forward. I support Jean Kim, believe Jean Kim, and commend her bravery for speaking truth to power.”