The plan is part of the Diversity Working Group (DWG) that New York Comptroller Scott Stringer has created in his office’s Bureau of Asset Management.

The group’s mission is to come up with new ideas and approaches to help NYC’s Pension Funds increase how much it invests with minority and women managers. As of the start of 2017, that amount was $12 billion, up 25% since 2013. The group will establish new ways to include diverse investment staff, asset managers, and suppliers in the city’s pension funds.

The group, with roughly 12 members, will work with the Comptroller’s equal employment opportunity officer, chief diversity officer, and bureau of administration. Stringer is custodian of the city’s pension funds. Valued at $175 billion, the NYC Pension Funds have more than 700,000 members. They include current and retired teachers, firefighters, police officers, and other city employees in the Big Apple.

“We’re doubling down on that model,” Stringer stated in a press release, referring to the Diversity Work Group’s launch. “We’re working to ensure the firms we work with and those who invest our pension dollars reflect the extraordinary diversity of New York.

Stringer announced the new group at the Comptroller Office’s annual conference this month for investment managers. The group aims to add to efforts Comptroller Stringer achieved over the last three years to grow the pension funds’ portfolio, increase investments with minority- and women-owned investment firms and inspire all money managers to diversify their companies.

Some of the accomplishments his office reported reached over that period include:

-Raising investments with MWBE-run hedge funds from 0% to 13%. That growth came despite the fact that 97% of hedge funds are owned by white men.

At the event, Stringer named New York-based Neuberger Berman and Austin, Texas-based Vista Equity Partners, (No. 1 on the BE 100s Private Equity Firms list), winners of the 2017 Diverse Practitioner Award. 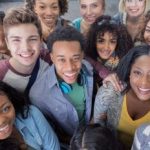 FacebookTwitterYoutube
← Should We Take Online High School Courses Offline? ← How You Can Still Apply to College and Attend School This Fall
×