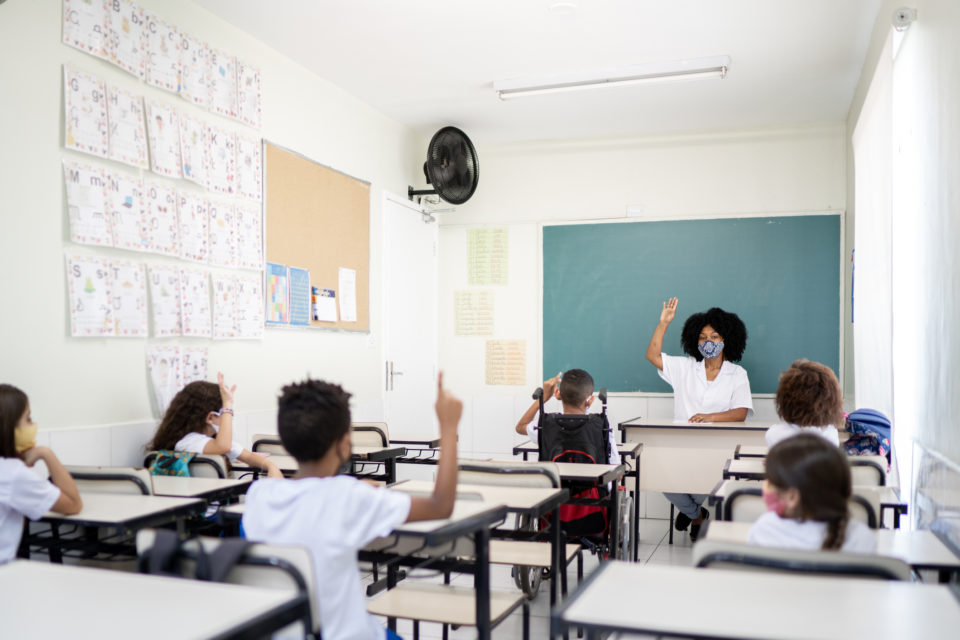 Widespread reports, including from parents on Twitter and confirmed by NBC News, indicated the website was extremely slow to open and crashed around 8am as thousands of parents tried to log-on. Teachers and officials across the city were forced to use paper forms in order to clear students upon their arrival.

Schools Chancellor Meisha Ross Porter told reporters the city expected issues with the website on the first day. NYC Mayor Bill de Blasio said at his morning press conference that the site was back online and the causes of the crash are under investigation.

“I think overload is the obvious answer,” De Blasio said.

The 2020-’21 school year was a tumultuous one. Many parents pulled and kept their kids out throughout the year. Additionally, De Blasio’s leadership frustrated and angered parents when he stopped in-school instruction when the city’s COVID-19 positivity rate hit 3%, only to reopen in late November when the city’s rate was closer to 5%.

Many parents are also upset that De Blasio did not include a remote option for this year forcing all students to return in-person instruction. More than 600,000 parents, most of them Black and Latino, pulled their children out of schools and into virtual learning last year.

While parents seem much more receptive to in-person learning, many parents have also told education officials they will not bring their students for a few days or even a month.

Smaller school districts, especially in the south, have had significant COVID-19 outbreaks in recent weeks. In Mississippi alone, more than 18,000 students have caught COVID in the first month of the school year. In Florida, several school districts in the state have defied Gov. Ron DeSantis and instituted mask mandates. However an appeals court ruling reinstated the governor’s mask ban in schools.