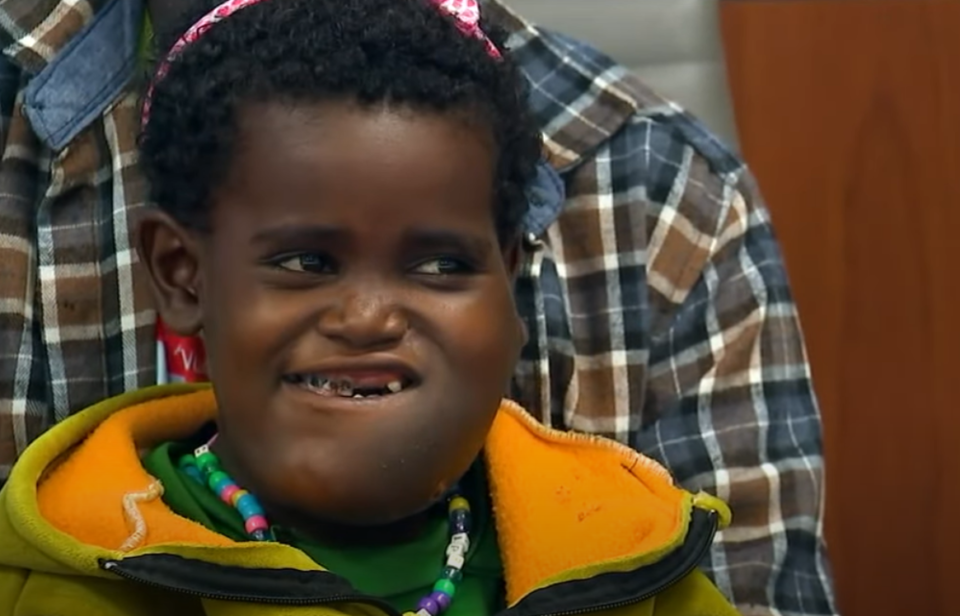 A group of surgeons in New York City helped to save a young girl’s life by removing a very large tumor that was on her neck.

Six-year-old Negalem Alafa lives in a small village in Ethiopia. But the young girl was flown out to Lenox Hill Hospital in NYC last month to undergo life-changing surgery to remove the giant-sized lethal tumor that was spreading on her neck and face, ABC7 NY reports.

The June 23rd procedure took around 12 hours and doctors said it was very complicated to perform.

Alafa was born with a benign growth, referred to as a vascular malformation, that started to spread rapidly as she grew. The growth not only kept her out of school and prevented her from socializing with kids her own age, but if the tumor was not removed, Alafa could suffocate or starve due to her inability to swallow, Web MD reports.

Alafa had no access to advanced medical care. But a U.S. official was moved by the girl’s condition while he was out on a mission in Africa. The official’s research landed him Dr. Teresa O and Dr. Milton Waner, a married couple who specialized in removing tumors of this scale.

“This is why I became a doctor,” Dr. Waner said. “Clearly we help people every day, but this was on such a grand scale.”

The doctors were nervous about taking on such a serious procedure and noted all the risks involved.

“Prior to surgery, we were extremely nervous about this, wondering how we would get around this,” Dr. Waner said. “This is no walk in the park.”

Dr. O shared the good news that “everything worked out.” Now Alafa will have to undergo a second procedure to a small amount of the mass that is still under her tongue.

Alafa’s father dropped to his knees in prayer after seeing his daughter post-surgery, NY Post reports.

“I was crying before, now I’m smiling and praising God and the doctors,” her father Matios Alafa Haile said through his translator Kalkidan Alemayehu Gebremariam.

“He’s very thankful and grateful for the doctors. He has been looking everywhere for a cure for this cute girl,” Gebremariam added.

Doctors say the swelling will go down in the coming weeks. The family is slated to return to Ethiopia on July 14.