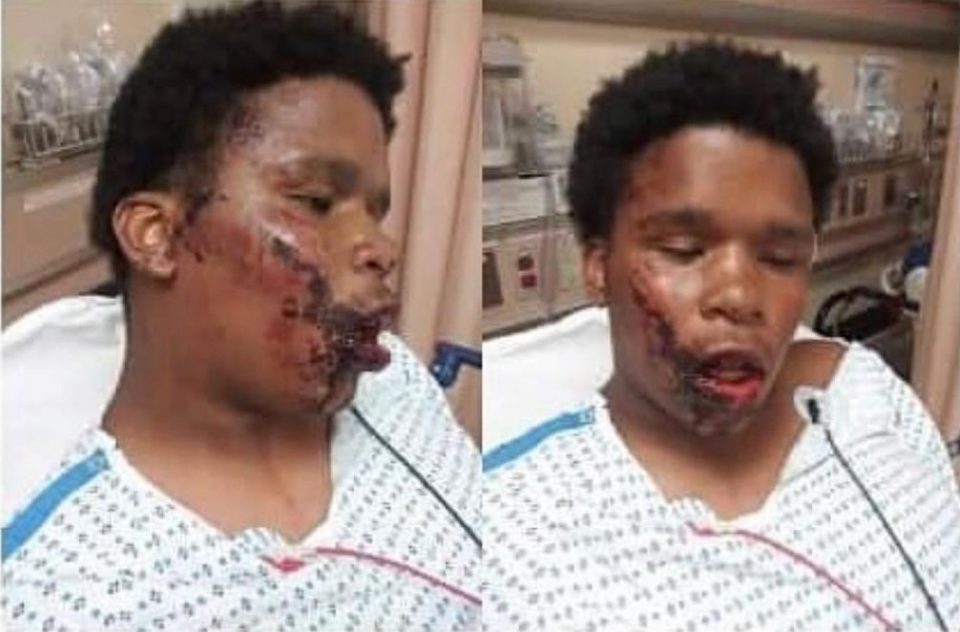 A 16-year-old Bronx, New York, boy was allegedly brutalized by NYPD police officers during a night of protests, rioting, and looting inspired by the police killing of George Floyd, according to The Grio.

On June 1, Jahmel Leach, bruised and battered, was taken to the hospital after he was allegedly beaten and had a stun gun used on him three times by an NYPD officer.

“I was in the area of the protest during the evening around 8 p.m.,” Leach told The Grio. “I was not participating in a protest because I am scared of crowds. I was outside during the protest walking home. I was approached by several police officers, who unexpectedly slammed (me) to the ground and tased me to the left temple.”

Leach didn’t remember how he received all the injuries, only that he “woke up in a police car being taken to the precinct. I was in a cell (with adults) coughing up blood.

Police sources say Leach was observed attempted to set fire to a pile of trash and was arrested for arson, according to The New York Times.

Leach’s family is furious it wasn’t notified by police as required whenever a minor is arrested. The family found out after receiving a phone call from St. Barnabas Hospital.

When Daisy Acevedo arrived at St. Barnabas, she found her son in a hospital bed, badly beaten, with his face swollen and covered in blood.

“The doctors refused to treat me without my mother’s permission because they knew I was a kid,” the 16-year-old told The Grio. “Once the doctors called my mom, she came to see me in the hospital. I was shackled and handcuffed to the hospital bed. She tried to take photos but I heard the officers tell her to stop.”

When Acevedo went to the 52nd precinct to pick up her son, she stated that when the arresting officer, Kevin Hickey, a veteran of the force of nearly five years, brought Leach out, he didn’t have on any clothing or shoes, just a hospital gown, according to CNN.

New York City Mayor Bill DiBlasio announced on Twitter that there is an investigation.

“I’ve spoken to Jahmel’s family and I’m really troubled by what they told me. We’re going to get them answers. The NYPD has launched an investigation into what happened.”

I’ve spoken to Jahmel’s family and I’m really troubled by what they told me.

We’re going to get them answers.
The NYPD has launched an investigation into what happened. https://t.co/nhEof7tMyP

Acevedo wants consequences for the police officer’s actions. “If I was responsible for these injuries to my own child, I would be in jail as a parent!” she said.