O.J. Simpson Legacy Sadly Won’t Include His Savvy as a Businessman and Franchisee

Orenthal James Simpson is making news once again. He is set to be released on parole this October after a 2007 armed robbery conviction in Nevada.

And of course, even more looming than the nine-year bid he just did, is the taint of being suspected as the murderer of his wife, Nicole Brown Simpson, although he was acquitted of her murder in 1995.

That trial marked the end of a legacy that promised to be one of a celebrated athlete who later found success as an astute businessman.

Simpson was the spokesman for several large corporations. In addition to his famous Hertz rental car commercials, he worked with ABC, Wilson Sporting Goods, and other major companies. People Magazine referred to him as, “the first black athlete to become a bona fide lovable media superstar.” The charismatic athlete was highly sought after by corporations apparently looking to diversify their customer base with a person of color that was widely accepted by white America—which was Simpson, in a nutshell.

The Washington Post delved into Simpson’s other business ventures besides being a pitchman and sometimes actor in an article dated July 10, 1994:

[Simpson] has served on boards, including Infinity Broadcasting Corp., which he joined in April of 1992. The affable and well-known image built at Hertz also was integral to getting him his job as a sportscaster at NBC-TV, many said.

Simpson is president and chief executive of O.J. Simpson Enterprises, which owns hotels, restaurants and real estate. Holdings include such franchises as Honey Baked Ham and Pioneer Chicken stores. When he was divorced from Nicole in 1992 his assets were pegged at $10 million and his annual income hovering above $1 million.

What Was O.J. Worth?

Website Celebrity Net Worth estimates what Simpson was worth before his downfall:

The majority of that income came from his Hertz endorsement contract. That’s the equivalent of $92,000 per month after adjusting for inflation, roughly $1.1 million per year today. To settle the divorce, OJ agreed to pay Nicole $10,000 per month in child support plus a one-time payment of $433,750 ($730,000 after adjusting for inflation). OJ also gave Nicole a rental property in San Francisco. OJ continued to live in his Brentwood mansion until he was evicted in 1997 after defaulting on the mortgage. The 6,200 square foot house was bought in foreclosure for $4 million and demolished in 1998.

However, no one can estimate what fortune Simpson could have amassed or business empires he could have built and helped others grow had he not become such a tragic figure accused of such horrific actions. 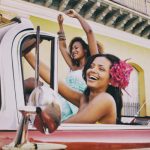 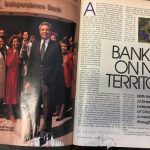 FacebookTwitterYoutube
← Quick Tips to Plan Your Own "Girls Trip" Away From the Office ← 45 Great Moments in Black Business – No. 38: Indecorp Buys a $100 Million White-Owned Bank
×
'