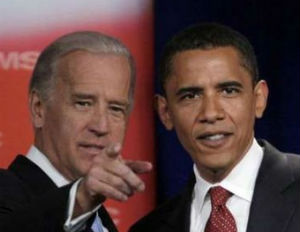 President Barack Obama is defending Vice President Joe Biden against criticism of his remarks that Republican repeal of Wall Street regulations would put voters “back in chains.â€

In an interview with People magazine on Wednesday, Obama said Biden’s remarks meant consumers would be worse off if Republicans succeeded in doing away with new restraints on financial institutions.

“In no sense was he trying to connote something other than that,â€ Obama said.

Biden made the comments Tuesday in Danville, Va., while saying that Republicans want to deregulate financial institutions – or, as Biden put it, to “‘unchain Wall Street.â€