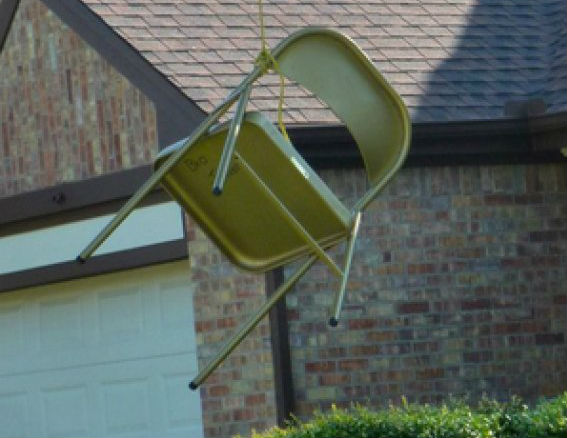 Texas homeowner Bud Johnson has an empty chair lynched in his front yard in what appears to be a display in opposition of President Barack Obama.

When asked about the display, Johnson said he didn’t “give a shit” if it was offensive and criticized the president, telling the press to go to hell and to take the president with them.