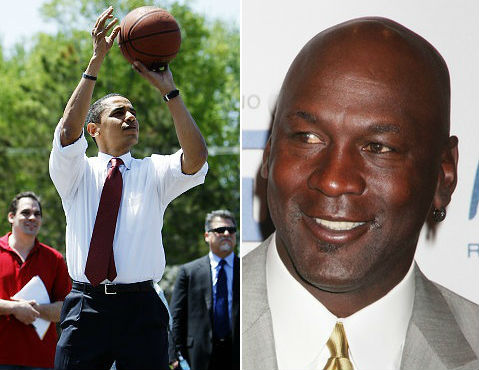 From the New York Daily News.

President Barack Obama arrived in New York City on Wednesday to host a basketball fundraiser to court middle class voters and rack up campaign cash, expected to reach a net total of $3 million. Hosted by Michael Jordan, the “Obama Classic” will be a tournament around Lincoln Center. There will be a $250 per-person autograph signing event, a $5,000 per-player skills camp and shoot around, as well a $20,000 per-plate dinner co-hosted my Jordan. The amount of guests is expected to be up to 120 people. Some of those guests will be current and former basketball players such as Carmelo Anthony and Patrick Ewing.

While it is reported that Obama remains a favorite among basketball players, many NBA owners, mostly Republicans, are in support of presidential candidate Mitt Romney.

Obama’s basketball campaign event is one of many campaigns the president has hosted in the New York City area. Others included a visit to Harlem’s Apollo theater and a fundraiser hosted at the home of Sex and the City star Sarah Jessica Parker.

Currently the Obama campaign is trailing behind Romney’s in terms of campaign cash. Romney, who is sitting on about $50 million more cash than Obama, has raised more than the president for three consecutive months.