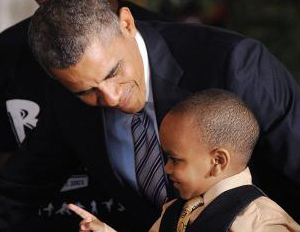 Barack Obama raised more than $150 million in September, a staggering amount of money that puts him in a major advantage over rival Sen. John McCain.

The Obama for America sent an email to supporters Sunday morning to announce the fundraising numbers. “In the month of September, we raised over $150 million and added 632,000 new donors for a total 3.1 million donors to date. The average donation for the month wasÂ  less than $100. The average contribution for the campaign is $86,” wrote campaign manager David Plouffe.

The Democrat’s campaign released the figure Sunday, one day before it must file a detailed report of its monthly finances with the Federal Election Commission.

“The amount shattered the campaign’s previous record from August, writes the New York Times. The McCain campaign also had a record-breaking month in August, but is now operating with the $84 million provided by public financing for the general cycle and assistance from the Republican National Committee under certain limits.”

Obama isn’t using public financing for the general cycle, while McCain opted into it, a move that severely restricts his fundraising efforts.

McCain, reacting to Obama’s announcement, raised the potential for fundraising abuses. He said Obama is “completely breaking whatever idea we had after Watergate to keep the costs and spending on campaigns under control. … That has unleashed now in presidential campaigns a new flood of spending that will then cause a scandal, and then we will fix it again.”

Despite the innuendo of McCain’s statement, he claims that he’s not accusing the Obama campaign of anything illegal or improper, but said “history shows us where unlimited amounts of money are in political campaigns, it leads to scandal.”

So far, Obama hasa raised $605 million in his run for the White House. No presidential candidate has ever run such an expensive campaign, according to the Associated Press.