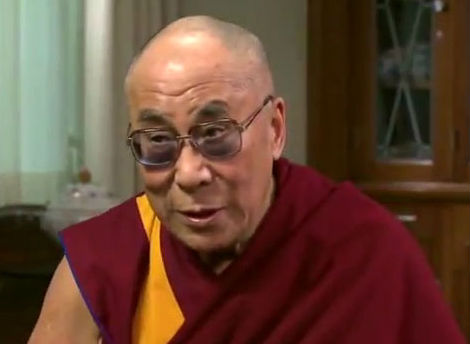 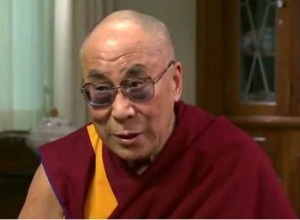 President Obama is once again at odds with China.

This time, the issue involves the president’s meeting today with the Dalai Lama, the Tibetan spiritual leader who launched his three-week national speaking tour. When the White House made the announcement yesterday, it stated that POTUS was sitting down withÂ an “internationally respected religious and cultural leaderâ€ instead of a head of state.

That statement did not stop protests from senior Chinese officials, drawing similar reprimands when Obama met with his fellow Nobel Laureate in February 2010 and July 2011. In a released statement, Chinese Foreign Ministry Spokeswoman Hua Chunying maintained that the meeting “will grossly interfere in the internal affairs of China, seriously violate norms governing international relations and severely impair China-U.S. relations.â€

So here’s the heart of the controversy that has been widely reported by news organizations. Beijing continues to level charges that the Dalai Lama has been a separatist agitator who incites unrest in Tibet, a region it claimed that has been a part of China since “ancient times.â€ He reportedly fled to India some 55 years ago, refuting China’s allegations that he has advocated Tibetan independence andÂ only seeksÂ autonomy to safeguard its traditional Buddhist culture — a position that the White House happens to support.

According to a spokesperson from the National Security Council, the Obama Administration has made clear it recognizes Tibet as a part of the People’s Republic of China but did not backÂ independent status. But irate Chinese officials charge Obama with letting the Dalai Lama use the White House as a tool to advance anti-Chinese activities and vowed that any foreign leaders who sat down with the Buddhist monk would “pay a priceâ€ for it.

Obviously, the Obama administration did not fully ignore such attacks. Instead of the Oval Office —- the usual venue for a visiting leader —- the president chose to host the Dalai Lama in the White House’s Map Room. Moreover, it was a private sessionÂ closed to the press. To ensure it was not viewed as a formal meeting, photographers were also barred and the Dalai Lama left the White House without speaking to reporters. Greater media access has been given to visiting sports teams.

This episode has done little to thaw the icy relationship between the US andÂ China.Â In fact,Â it may become even more glacial asÂ Obama faces foreign policy challenges on a number of fronts. The administration is currently seeking to avert the escalation of a territorial dispute between Beijing and Japan in the East China Sea. And what has further served as a barrier to a reset of US-China relations have been the White House’s criticism related to human rights abuses, Internet censorship and cyber spying, especiallyÂ at a time when our National Security Agency’s surveillance practices have come into question.

The administration fully understands the economic might of the world’s largest traders of goods. In 2013, the value of China’s imports and exports reached a whopping $4.16 trillion, surpassing the American figureÂ estimated at $3.57 trillion. In fact, Chinese companies continue their buying spree on our shores, investing a record $14 billion in the US last year, according to a report from New York-basedÂ consulting firm The Rhodium Group.

Obama will have to demonstrate great dexterity in being both forceful and opportunistic with China as America continues its Asian-PacificÂ pivot. As National Security Adviser Susan Rice recently maintained: “When it comes to China, we seek to ‘operationalize’ a new model of major power relations. That means managing inevitable competition while forging deeper cooperation on issues where our interests converge — in Asia and beyond.”

The president’s meeting today with the Dalai Lama may makeÂ constructing that new modelÂ an even tougher feat to pull off.