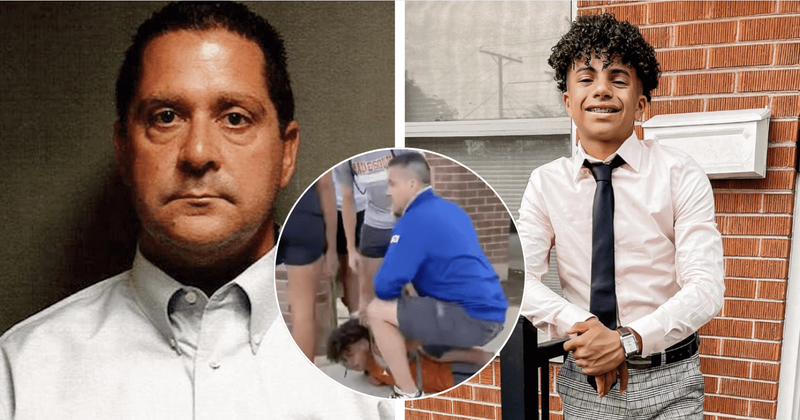 A Chicago police officer was charged with felony official misconduct and aggravated assault more than a month after a video surfaced showing him kneeling on the back of a 14-year-old boy.

CNN reports Michael Vitellaro, who has worked for the Chicago Police Department for two decades, received information that his son’s bike was stolen and seen at a nearby Starbucks. Vitellaro drove his son to the Starbucks and saw his son’s bike leaning against a wall and “waited in his car to hopefully observe who had stolen the bicycle,” according to the criminal complaint.

The 14-year-old, identified only as J.N., was on his own bike, dismounted and went to move Vitellaro’s son’s bike. As the boy touched the bike, Vitellaro exited the car, walked up to the boy, grabbed him and threw him to the ground and detained him, placing his knee on the child’s back.

Video of the incident that was given to several outlets by attorneys representing the child shows Vitellaro calling for backup, but he didn’t take his knee off the child until a bystander questioned him about it.

The Chicago officer turned himself in to face the charges Thursday according to ABC 7 and has been relieved of his duty. The child’s parents said they are in the process of filing a lawsuit against the Chicago Police Department and Vitellaro. Meanwhile, the department and the Civilian Office of Police Accountability have started investigations into the incident.

“We are extremely relieved and pleased to see charges for what happened to our son, and we thank both the Park Ridge Police, Kim Foxx and the Cook County State’s Attorneys office Law Enforcement Accountability Division for this important step in justice for our son. We are still trying to assess the full impact of this traumatic incident on our son, who is only 14 and still processing all that happened to him. There is absolutely no room in our community for this type of unnecessary aggression against our children and we are grateful for today’s progress,” the teen’s parents Angel and Nicole Nieves told ABC 7.

The situation is eerily similar to the same incident that resulted in George Floyd‘s death, which along with the death of Breonna Taylor, jump-started the 2020 Black Lives Matter movement.