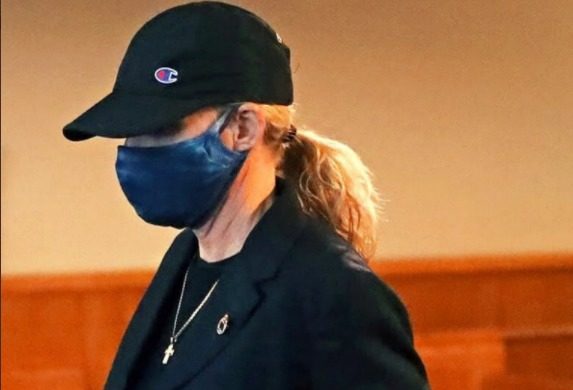 Officer Patricia Lio allegedly ranted in her home about the Black Lives Matter movement, while directing it toward a Black teenager who was visiting her son. Credit- Twitter

In 2020, The Boston Globe reported about an off-duty police officer’s involvement with two teenage boys who were visiting her son during a sleepover. After it came to light, the unnamed police officer was placed on paid administrative leave pending an internal investigation over the September incident. At that time, the primary details referenced lawyer Risa King and information being provided to police, after the officer allegedly aimed racist criticism of the Black Lives Matter movement at King’s 14-year-old son and a 14-year-old Hispanic boy who was attending a sleepover at the officer’s home on September 19.

Recently, The Boston Globe identified the officer who was involved in the incident. Patricia Lio, 52, was the unnamed officer, she will be prosecuted criminally over the incident in which she allegedly derided and threatened her son’s 14-year-old friend, who is Black, over his support for the Black Lives Matter movement.

Additionally, Lio also allegedly attacked her husband. The man reportedly attempted to quell the confrontation that occurred at their Westwood home. His wife’s charges include assault to intimidate her son’s friend, in addition to assault and battery on him, according to a court official’s ruling.

Assistant Clerk Magistrate Beth P. Cook, determined that there was probable cause for criminal charges, although Lio’s lawyer said that the incident should not have been treated as a criminal matter, according to The Boston Globe.

“She is a good police officer. She’s a good person and a good citizen,” Douglas I. Louison told the Globe. “She has no racial animus.”

King, a Boston lawyer and the mother of the Black teenager, said that on the evening of Sept. 19, she received a “troubling text followed by a phone call” from her son, according to The Times.

According to Alfred A. Gray, who has been representing King and her son, the incident unfolded when three boys were watching the Celtics game at Lio’s home. Gray said Lio berated the Black teenager about “his stance on Black Lives Matter and her beliefs that his stance on B.L.M. was inappropriate.”

“We just want to see the officer accountable for her outrageous behavior toward the kids,” said King, according to The New York Times.

Officer Lio will face charges of assault to intimidate, and assault and battery on a household member, according to court records. She is set to be arraigned in late May.