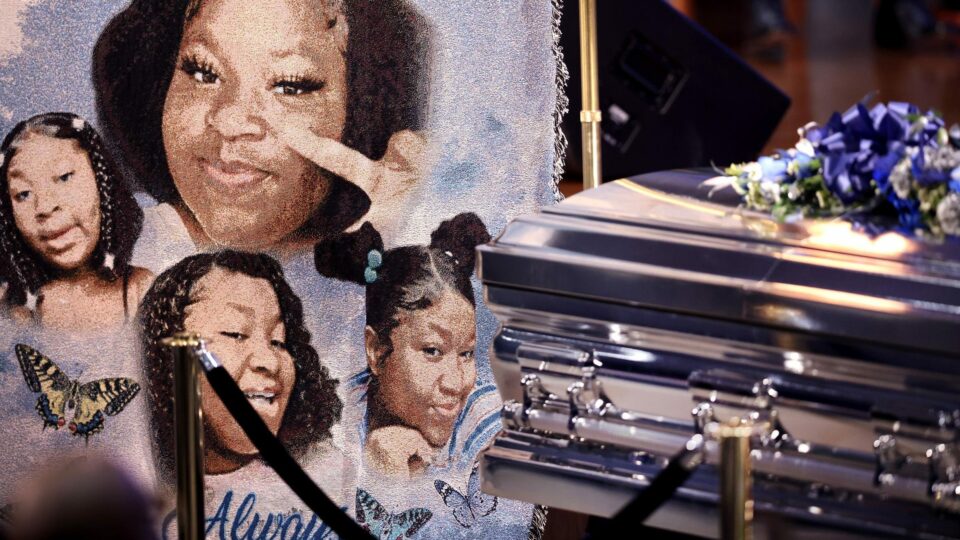 A funeral service is held for 16-year-old Ma'Khia Bryant at the First Church of God on April 30, 2021 in Columbus, Ohio via Getty Images.

Ma’Khia Bryant was only 16 years old when being fatally shot by Columbus, Ohio, police in April 2021, moments after arriving at the scene in response to a 911 call.

The Columbus Dispatch reports that there was no formal charge brought upon officer Nicholas Reardon as he stood before a Franklin County grand jury on Friday.

President of the Fraternal Order of Police Capital City Lodge No. 9, Jeff Simpson, stated that the grand jury submitted a “no bill,” meaning no probable cause was found that the officer had committed a crime after shooting the teenage girl four times.

While Bryant was found to be wielding a knife outside a Southeast Side foster home at the arrival of law enforcement, family and witnesses say that she was only acting in self-defense against others at the house that were the aggressors. The 911 caller stated a disturbance involving a person with a knife at a home on the 3100 block of Legion Lane. Bryant and her 15-year-old sister were staying at that foster home, as previously reported.

She died at a nearby hospital the same day Derek Chauvin was pronounced guilty of George Floyd’s murder.

Michelle Martin, the Bryant family attorney said in a statement, “Ma’Khia’s family has long wondered why this officer opted for lethal force even though there should have been other non-deadly options available to deal with this situation… As the one-year anniversary of Ma’Khia’s death approaches, her family is resolute in their fight for justice on her behalf.”

Simpson said Reardon “acted appropriately,” and that, “It’s unfortunate when anyone loses their life, but the officer saved lives that day and did what he was trained to do.”

After the announcement that Reardon will not be charged, the Ohio Department of Public Safety released a statement that they will now conduct an administrative investigation “whether the officer’s actions were within Division policy.”