Video: Black Paraplegic Driver Pulled Out Of His Car By Dayton Police 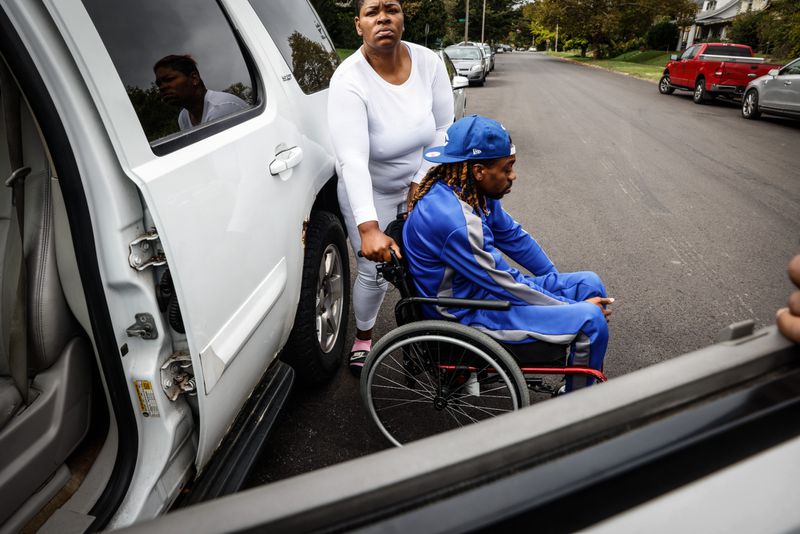 Bodycam footage has emerged of a Sept. 30 incident during which Dayton police officers dragged Clifford Owensby out of his car despite being told that he was paraplegic.

In a portion of the bodycam footage shared by an Instagram user who identified herself as Owensby’s daughter, one officer is heard asking the driver to step out of the car. When he responds that he’s physically unable to step out and that he had help getting into the car, the police officer tells Owensby he has to be outside of the vehicle so that they can search the car due to his history.

According to the Dayton Daily News, the Dayton PD officers brought in a K-9 unit to conduct an “air sniff” search due to Owensby’s previous arrests for gun and narcotics possession. In an update on their ongoing investigation of the incident, the police department say he was seen leaving a known drug house.

“A large bag of cash was found on the front floorboard containing $22,450,” the update read. “The narcotics K9 did alert on that money, meaning that the money had been in close proximity to illegal drugs.”

Owensby, who was running errands with a 3-year-old in the back seat when he was pulled over, told the Dayton Daily News that he had no guns or firearms in the vehicle. Following the incident, he was taken to a hospital, where he was treated for scrapes and other minor injuries before he was released.

Owensby was issued two traffic violations – one for the grade of tint on his windows, the other for not having the child in the proper car seat.

Dayton Police is currently investigating the incident and reviewing “any policies and training when encountering these situations,” reports the Journal-News.

“I’m hoping for some kind of disciplinary action and furthermore, I wish that this doesn’t happen to no one else,” Owensby told reporters on Tuesday. “This is unacceptable. We’re supposed to have officers out here to serve and protect and when we lose faith in them doing that, who do we turn to?”

While Dayton City Manager Shelley Dickstein and Interim Police Chief Matt Carper both issued statements voicing their concerns about the incident, the Dayton Fraternal Order of Police issued a statement of support for the two officers involved in the incident.