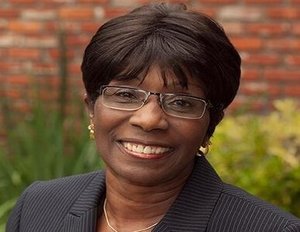 Shreveport, Louisiana made history as the city swore in Ollie Tyler, their first ever black woman mayor. Tyler, 69, won with 65% of the city’s votes. “Your vote was your voice and you sent a message to the next generations that we are vested in our city and will use the challenges we face as opportunities to create unity around a vision that will move us to build a stronger, better Shreveport,” Tyler wrote in a letter to the citizens of Shreveport. “I will work with a sense of urgency to bring pride, excitement, and economic growth to our city.”

Ollie Tyler was elected the 48th Mayor of the City of Shreveport. Council members-elect are Willie Bradford, Jeff Everson, Oliver Jenkins, Michael Corbin, James Flurry, Stephanie Lynch and Jerry Bowman. Mayor Tyler was formerly an education administrator, according to USA Today, and this is her first time serving as an elected official. She revealed several of her aims at the Inauguration, which included enhancing police force in high-crime areas, calculating a budget to balance the city’s finances, improving sewers and streets, attracting Fortune 500 companies, and cleaning up Shreveport’s major gateways.

During Tyler’s political race, a piece of her past resurfaced and it was revealed that the now mayor fatally shot her abusive husband in 1968. USA Today reported that “Tyler said she was never indicted and said the killing was ruled an ‘accidental and justifiable homicide.'” After the incident, Tyler proved that you really can overcome anything by becoming a teacher, Parish of Caddo’s Director of Middle Schools, New Orleans city schools’ Deputy Superintendent, Superintendent of Caddo Parish Public Schools, Louisiana’s Deputy Superintendent of Education and Acting State Superintendent of Education. Her latest victory as Shreveport’s first black mayor involved her defeating a white woman lawyer who’s 15 years younger.

Mayor Tyler was born in Caddo Parish. She obtained her Bachelor of Science from Grambling State University, and a Master of Education from Louisiana State University-Baton Rouge.