'ON GOD IT IS!' White Woman Gets Instant Karma After Attacking Black Couple in Dollar Tree 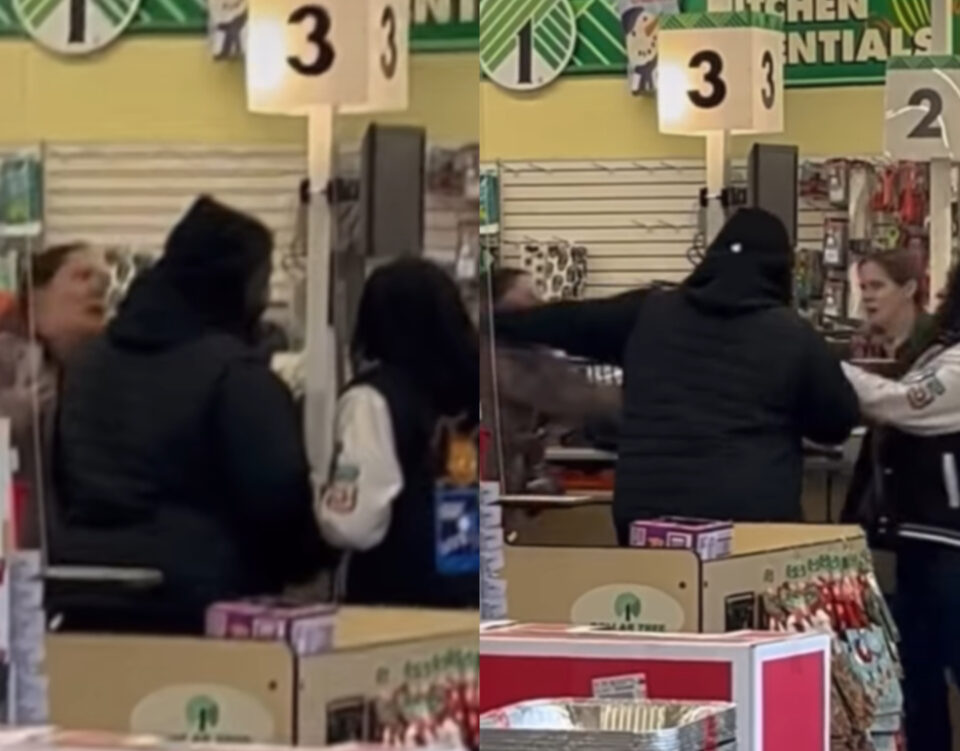 A white woman was caught on camera going ham on a Black couple for reasons unknown.

It’s the holiday season, which is typically when energies are heightened as shoppers head to retailers to get their hands on desirable items. One Facebook user made their way to their local Dollar Tree this week to get ahead of the afternoon and evening rush. But if the shopper thought arriving early would save them from encountering foolery, they had another think coming.

Facebook user Demetrice Coney shared a short video clip of the showdown they witnessed between an angry white woman and Black couple.

“So I had an interesting morning at the Dollar Tree yesterday,” Coney captioned the post.

“I thought that by going early (8 am) it would be quiet and people free. Oh how was I wrong! I had to call the troll. Oy Vey. On God I did.”

In the short video clip, a white woman angrily approached the Black couple who was at the register finalizing their purchase.

“Don’t tell me what to do!” the white woman shouted at the couple.

“Something wrong wit yo a**,” the Black woman said back.

She then started telling the Black woman “I wish you would.”

But the Black man wasn’t having it and proceeded to defend his spouse. He attempted to put his arm up to block the white woman from getting any closer. However, she responded by getting physical and attacking the Black man. That’s when he grabbed the bucket they were purchasing and knocked the white woman down with it.

Viewers who watched the melee defended the couple and said they were left with no choice but to protect themselves.

“I swear drugs be having people feel invincible,” one user wrote.

“Who gets into a fight at the dollar store? Nothing in there is expensive enough to warrant all that rage,” added someone else.