On the Move: EmblemHealth and University of California Riverside Add New Leaders to Their Roster 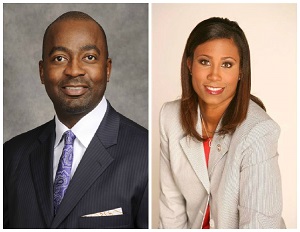 Parks, who comes to the company with years of HR experience, was the Global HR Leader for Talent Business at Mercer, a division of Marsh McLennan, before joining EmblemHealth. During his time at Mercer, he led the development and execution of the Talent line of business people strategy, including colleague rewards, talent, engagement and learning and development. He has previous work experience at IBM and Exelis, Inc. where he held positions in HR organization strategy, and development and transformation. In his new role, Parks, who holds a bachelor’s degree from Purdue University and a master’s from Northwestern University, will direct EmblemHealth HR organizational redesign effort, while also focusing on the company’s corporate diversity efforts.

[Related: On the Move: Zola Mashariki Joins BET as Head of Original Programming]

Aside from Parks new position at EmblemHealth, the University of California Riverside has named Tamica Smith Jones as Director of Intercollegiate Athletics.

Jones, who is currently the Senior Associate Athletic Director for Internal Affairs and Senior Woman Administrator at the University of Texas at San Antonio, will officially step into her new role July 1, 2015. With 15 years of experience working in collegiate athletics under her belt, Jones has previously served as Athletic Director/Senior Woman Administrator at Clark Atlanta University after a stint there as head volleyball coach. Before coming to CAU, she worked in similar positions at Morris Brown College and Savannah State University.

“Tamica Smith Jones has dedicated her career to the success of student athletes, and her enthusiasm for UC Riverside and its mission will carry through in helping our athletics program excel in coming years,” said UC Riverside Chancellor Kim A. Wilcox. “We are very pleased to have her steering our 17 women’s and men’s sports.”