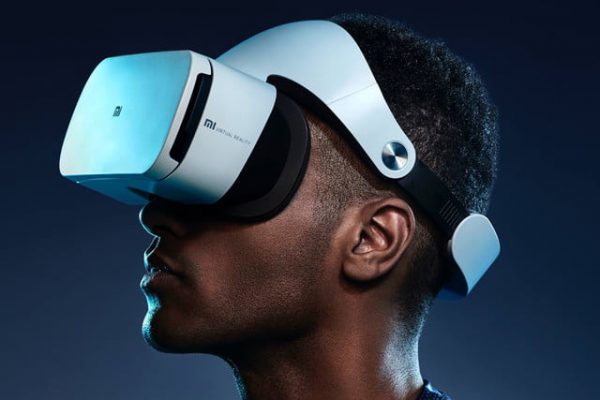 Michael Purnell believes the “best seat in the house” for the next concert or event can literally be in your own home. His company, Sievent, uses virtual reality to help event planners market events, and give customers a 360-degree view of the latest events from the comfort of their home.

The problem that we found is it’s usually hard for organizers to promote and spread awareness about their event without breaking their marketing budget on social networks like Facebook and even though they pay to promote, they don’t always get their return on investment, hence their event not being sold out. Also, current platforms don’t do a good job when it comes to the overall event experience outside of buying a ticket. Originally, attending an event was solely done in person; now we have the ability to watch events via Livestream on our mobile devices on platforms like Instagram and YouTube. However, you still can’t match the energy of being at the event in person.

What attracted you to this space?

What initially attracted me to this space was that I noticed there were a lot of events happening that could benefit members of the surrounding communities. Whether it was a concert, conference, financial seminar, gardening workshop, or a pick-up game, there was always something going on, but people still weren’t aware of them. In addition, despite other successful event platforms being offered across the industry, surprisingly 40% of tickets still go unsold every year. I felt that there wasn’t a platform truly dedicated to not only increasing awareness of what’s going on but also letting you interact and experience an event like you’re actually there.

Everyone has heard of VR, but practical applications are limited. Why does VR make sense for live events?

Everyone has heard of VR since the ’90s, but it has carried a stigma of looking nerdy by wearing bulky obtrusive gear with wires, which turns off the average consumer. In addition, the graphics of VR are not as impressive as compared to today’s standard of video game platforms. However, over the last few years, VR has finally gained some traction with the help of technologies like Oculus, WebVR, and VR cameras. WebVR makes sense for live events because it offers a chance for fans to have an immersive, front-row, 360-degree experience right from their own home. Imagine, instead of watching a flat, livestream of Beyonce performing at Coachella, you can put on a VR headset and feel like you’re onstage right next to her. You’ll have the best seat in the house and it’s right from your own home.

What tech is needed to experience a live event on Sievent in VR?

To experience live VR events on Sievent, all you’ll need is a smartphone, a VR headset of your choice to place your phone into, and good internet connection to handle at least 4k streaming—that’s it. You can experience previous 360 VR events at sievent.com/360.

You pitched at our Oakland Shark Tank casting call. What does the opportunity to appear on Season 10 of Shark Tank mean to you?

It would be an amazing experience to appear on Shark Tank season 10. I have always watched the show on TV ever since I was in college and tried to learn as much as possible for the one day that I could appear and possibly land a deal with a shark. Appearing on Shark Tank would bring global exposure to our brand and services that can help reach our company goals. With all the excitement about the show, what I’ve learned by watching it and by being in Silicon Valley is that receiving funding from investors is a long-term relationship, so you have to be strategic with who you choose as an investor. Coming from a founder’s point of view, the investor is more than someone who writes you a check; an investor is someone you work closely with who can open more doors for strategic partnerships and growth. Ultimately, [the investor] wants to see the company grow and succeed to have a better chance of an exit and a return on their investment.

To continue to grow Sievent in 2018, we plan on building our advisory board with industry leaders who can help us open doors to new partnerships and other opportunities. As well as receiving funding by forming strategic partnerships with startup accelerators and angel investors, that will allow us to scale our team and technology into new markets and demographics internationally. By forming these strategic partnerships, we believe that we can easily gain traction in market share and have the company profitable by the end of 2018.

Values Partnerships is leading a nationwide casting tour for ABC’s Shark Tank. This casting tour is focused on giving diverse entrepreneurs the opportunity to pitch their businesses and appear on the show’s ninth season. In addition to having the opportunity to audition for Shark Tank, Values Partnerships has also held discussions on access to capital, offered pitch prep sessions, and shared entrepreneurship resources with entrepreneurs from around the country, all throughout the Shark Tank Diversity Tour.

To apply to audition for the ninth season of Shark Tank and find out more information on the Shark Tank Diversity Tour, visit www.sharktankdiversitytour.com.