Report: One in Four Consumers Has No Emergency Savings 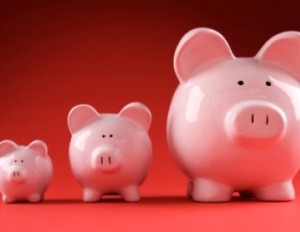 According to a new Bankrate.com report, 26% of Americans have no emergency savings fund. This is about one in four. Many consumers have taken the slight improvement in the economy as their cue to spend more and save less.

“Americans continue to show a stunning lack of progress in accumulating sufficient emergency savings,â€ says Greg McBride, Bankrate.com’s chief financial analyst. “Even among the highest-income households — those with annual income of $75,000 or above — fewer than half (46%) currently have a six-month savings cushion.â€

Here are some of the survey findings:

McBride says that those under age 30 usually have lower expenses due to roommates, living with their parents or being students. Those who are 30 through 49 tend to spend more. During this time, expenses often rise faster than emergency savings.

Bankrate’s Financial Security Index rose to 101.5. the index shows that job security improved from a negative reading in May. Roughly 24% of survey takers feel more secure in their jobs than they did a year ago compared with 17% who don’t feel as secure.

Bankrate says savings has been weak every month since they began polling in December 2010.