Donna Sims Wilson: One of the Most powerful Women in Business 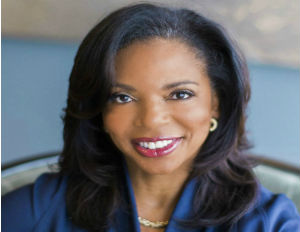 Named by Black Enterprise in 2010 as one of the most powerful women in business, Donna Sims Wilson shines in her new position as president of Smith Graham & Co. Investment Advisors L.P. Appointed in October 2014, Sims’s new positions finds her leading one of the largest black-owned institutional investment management companies (No. 7 on the Assets Managers list, with $5.5 billion in assets under management). Tapped to lead business development and reporting to Chairman and CEO Gerald B. Smith, Wilson was an honoree at last week’s “Access to Capital” luncheon at Rev. Jesse Jackson, Sr.’s Wall Street Project Economic Summit in New York. “What I saw in her besides her professionalism and leadership was I had a good sense about her character and integrity,â€ says Smith, of why he chose Wilson to be president of his company. “So we looked outside and through that process I talked to Donna. She was one of the people who I put on my short list and the rest is history.”

It’s Wilson’s colorful personal history that makes her character stand out. As the eldest of four girls, the Army brat’s frequent moves around the world, helped hone social skills that have become a personal asset today. “I can go anywhere and talk to anyone about anything. And I am entirely comfortable, because I had to do that,â€ says the Yale graduate, who could read and write German at five. “When you’re a kid, the most important thing is to feel a sense of belonging. So if you know you’re only going to be there for a year or two, then you got to make an impact. You have to meet people. You have to make friends, because you know in nine months to a year, you’re going to be off to the next. So it’s really come in handy for what I do now.â€

After attending a summer Wall Street program her sophomore year in college, Wilson’s experience on the trading floor of Salomon Bros. changed her life. “I was there with three other people, two from Harvard, one from Dartmouth. And they didn’t know what to do with us because we were undergraduates. So they put us with the summer M.B.A. program,â€ says Wilson, who dreamed of owning a conglomerate and a foundation as a child. “And it was this wonderful trial by fire. As soon as I arrived on the trading floor I thought, “‘This is where I belong.’â€

Now, with more than 30 years of experience working in finance with successes that include creating investment opportunities in Africa, spearheading the creation of American legislation, moderating forums for the Congressional Black Caucus, and holding multiple board member and committee chair positions, Wilson continues to push boundaries, capitalizing on opportunities, while overlooking any perceived barriers to advancement. “You have as much a shot at success as anybody else,â€ she says. “Don’t take yourself out of the game before you even start. Don’t have some mental limiting factor that says, ‘Oh, that’s not possible for me.’ My daddy always taught me that anything you put your mind to and work hard at, you have the capability to succeed. I grew up with parents who told me anything is possible. And even today, I’m still testing that theory.â€

1)Â Â Â Â Â  Stay on the edge of innovation. “I’d say you need to stay on the cutting edge. Be on the edge of innovation in regard to what it is that your business does. Because now with technology, things are changing all the time and if you aren’t on top of the latest trends, technology, etc., you can find your business obsolete overnight. And now you’ve built up this huge infrastructure and you find yourself not being able to pivot. There’s a saying ‘What got you to where you are, is not going to get you where you need to go.’ So the one thing constant in life is change. You have to be prepared for that change. You have to anticipate that change.â€

3)Â Â Â Â Â  Have strong foreign partners. “When I talk about doing business in Africa, it’s all about making sure they have a strong, local partner. You really can’t make a move in a country without a strong local partner who can understand the culture, the bureaucracy, banking system and everything necessary to make sure that your business succeeds in that particular country.â€

4)Â Â Â Â Â  Be honest. “I always say, ‘Integrity first, last, and always.’ It’s critical. If you don’t know something, say you don’t know. That’s such a simple thing, but so many people don’t do that. And in the investment services industry that’s all about trust, can I trust what you say? Can I trust the information that you’re giving me? Can I trust you to follow through as you stated? Those are critical. Keep your word.â€

5)Â Â Â Â Â  Make your team the star. “It’s working with your team members so that they can shine. Giving them every opportunity to rise to the highest level of their God-given ability. I get a lot of joy out of that.â€

The 2015 Black Enterprise Entrepreneurs Summit hosted by Nationwide, May 13-16, 2015, at the Hyatt Regency Atlanta. Expect innovative sessions, high-powered speakers, and an early peek at the products, trends, and services you’ll need to stay ahead of the curve. Be sure to enter our Elevator Pitch Competition to qualify for the $10,000 grand prize. To register and find out more, visit www.blackenterprise.com/es/.Â Join us at the Entrepreneurs Summit, Where Innovation and Capital Meet.