One of The Country's Oldest Black Churches Unearthed in Colonial Williamsburg 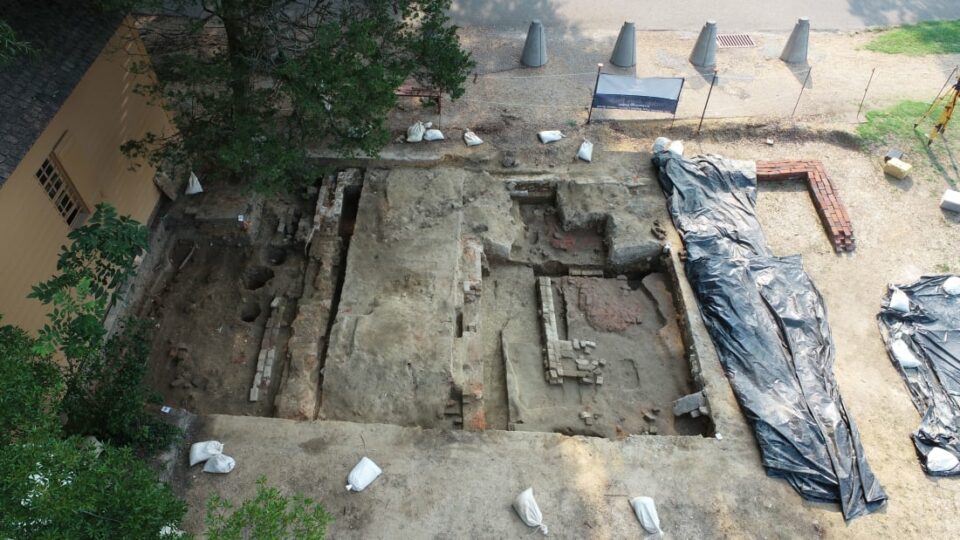 Remnants from one of the nation’s oldest Black churches have been found inside the living history museum Colonial Williamsburg.

The brick foundation of The First Baptist Church was recently unearthed and announced by Colonial Williamsburg on Thursday. The structure was found after the museum analyzed layers of soil and artifacts including a one-cent coin, NPR reports.

The historical church was formed in 1776 by free and enslaved Black people. By 1818, the church had its first building in the former colonial capital but it was destroyed by a tornado in 1834. A second structure was built in 1856 and stood there for a century before an expanding Colonial Williamsburg bought the property and turned it into a parking lot in 1956.

First Baptist still stands elsewhere in Williamsburg. But the uncovering of the church’s first home is “a rediscovery of the humanity of a people,” First Baptist Pastor Reginald F. Davis said.

“This helps to erase the historical and social amnesia that has afflicted this country for so many years,” he added.

Locating the original structure comes as Colonial Williamsburg works to reverse years of ignoring the history of Black Americans. In recent years, the museum has worked to bring in more Black visitors by telling the stories that went overlooked for centuries.

Colonial Williams has been working to make First Baptist Church a central figure in their initiative towards being more racially inclusive, South Bend Tribune revealed. Church members are now working with museum archaeologists to figure out the best way to tell the church’s story.

“Imagine being a child going to this church, and riding by and seeing a parking lot … where possibly people you knew and loved are buried,” said Connie Matthews Harshaw, a member of First Baptist.

“It’s a healing process … to see it being uncovered. And the community has really come together around this. And I’m talking Black and white.”