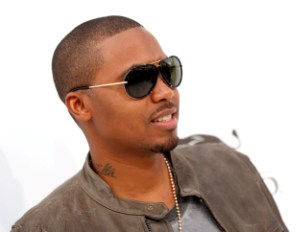 Nas: Time is Illmatic, celebrates the 20th anniversary of Nas‘ debut album, Illmatic.Â  The story highlights memorable moments from his childhood home Queens, N.Y., in his musical influences, and his path to signing his first major label deal. One9, director, and Eric Parker, screenwriter, detail what influenced them to produce a documentary centered around one of hip hop’s best albums to date.

Nas’s Illmatic was the emphasis of the documentary, and One9 and Eric both had a strong attachment to the album. “We wanted to open up a new window, looking at our culture. Not only did we want to look at the music, we wanted to look at the issues and social conditions that created it, defining what the people’s lives were like,â€ One9 says. “We want to inspire a new generation, when you cover something in culture, there are multifaceted ways of looking at it. Not just focusing on the celebrity, but learning about the people around him.â€

One9 and Parker had an entrepreneurial spirit when it came to putting together the documentary. They used whatever cameras, equipment, and funding they could pull together, the team says. They believed in the project so much and worked on the project after work, and in their free time. Parker and One9 knew in the endgame they would have a nice piece of art that talked about something that was important to them.

It wasn’t until they got a meeting with Orlando Bagwell, who was with the Ford Foundation’s Just Films. Bagwell had an understanding for the type of story they wanted to tell, a story that was much broader then just music, a story that discussed the socio-economical conditions and the prison and the educational systems that Illmatic encompassed, the team adds. The team also received a grant from Tribeca All Access. The grant helped them to meet more people and gain access to more resources.Â  “But it really was because we believed in the project from the very beginning, and that we invested all of our resources that we could into the project.Â  In many ways, that’s the hip hop story, and the entrepreneur story,â€ Parker says.

The documentary will host an educational curriculum that will be associated with the film.Â  Martha Diaz, the associate producer is currently working in conjunction with Tribeca Films to build the curriculum. Â This film teaches students, young and old, about life choices, and that hip hop is a part of American History.Â  “It’s easy to hear Illmatic and write it off as just another hip hop documentary, but the film is really an American story that goes a long way in explaining the history of people as it relates to American historyâ€. You can learn more about the film by watching the trailer.Â  The movie is currently available on iTunes.

Chanel Martin (@ChanelEbone) is a co-founder and COO of Techturized (@Techturized) Inc. She is also a wife, new mom, and lover of all things hair! She works full time on her company Techturized. Techturized’s first product,Â Myavana (@Myavanahair), provides personal hair care resources for female consumers around the world.