Black History Month holds special meaning for many Americans this year as the world watches history unfold. The election of the nation’s first black president, Barack Obama, has many young black students taking a special interest in politics and their own education. But it’s hard to truly impart the meaning of Obama’s achievement without understanding the legacy of blacks in the United States.

Black History Month is the successor to Negro History Week, which was started Feb. 12, 1926 by Carter G. Woodson, the founder of the Association for the Study of Negro Life and History. Woodson started the commemoration out of concern that the contributions of black Americans were being overlooked or misrepresented. He chose February because it included the birthdays of Abraham Lincoln and Frederick Douglass, two people he believed had a strong impact on the lives of African Americans.

This year’s theme, “The Quest for Black Citizenship in the Americas,” is a chance to examine the evolution of our country and how African Americans helped draw us closer to becoming a more perfect union, Obama said earlier this month.

Here are a few Black History Month lesson plans that can be found online for parents and teachers:

The Verizon Foundation’s Website, Thinkfinity.org, lets students navigate their way through the Underground Railroad with information about freedom fighters and landmarks at every stop. Students can also take a trip through the Harlem Reminiscence and explore the minds that birthed modern culture through interactive features. Teachers can divide each era or subject up for the entire month as this Website allows the learning to come alive. This lesson plan is suitable for grades K-12.

Reading is fundamental, of course, but for students, there’s nothing like getting up from their desks and being actively engaged. The National Education Association does just that and allows teachers to tailor their lesson plans. From creating a black history rap to making trading cards, these deceptively educational lesson plans will spark your student’s creativity while tying in current culture with that of the past.

Target and the Smithsonian Institution have partnered with Scholastic Inc. to help teachers and students commemorate Black History Month with Black Wings: African American Pioneer Aviators and Let Your Motto Be Resistance: African American Portraits. The free lessons include grade-appropriate lesson plans for K-12 students and follows the life of Bessie Coleman, an African American stunt pilot in the early 1900s, along with portraits of six other African Americans who influenced America. A video interview with Maya Angelou is also available on this site. The site also features Latino and Asian-Pacific lesson plans. 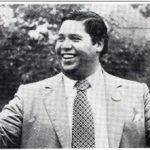